Three Planned Overnight Closures of A9 Luncarty to Dunkeld postponed

Road users are advised that all three planned overnight closures of the A9 between Luncarty and Dunkeld have now been cancelled due to the effects of the recent adverse weather.

The three overnight closures which were planned for Wednesday 12, Thursday 13 & Friday 14 February, will NOT go ahead as previously stated.

The overnight closures have been rescheduled for the following dates, weather permitting:

As a result, the A9 will be closed in both directions between the Luncarty Junction and the A923 Dunkeld Junction, overnight on the above dates between 8:30pm and 6am.

These works are weather dependent as heavy lifting operations are sensitive to high winds. If forecast weather for the rescheduled dates remains poor, these closures may be further postponed at short notice. We will endeavour to provide as much advanced notice to roads users as possible. 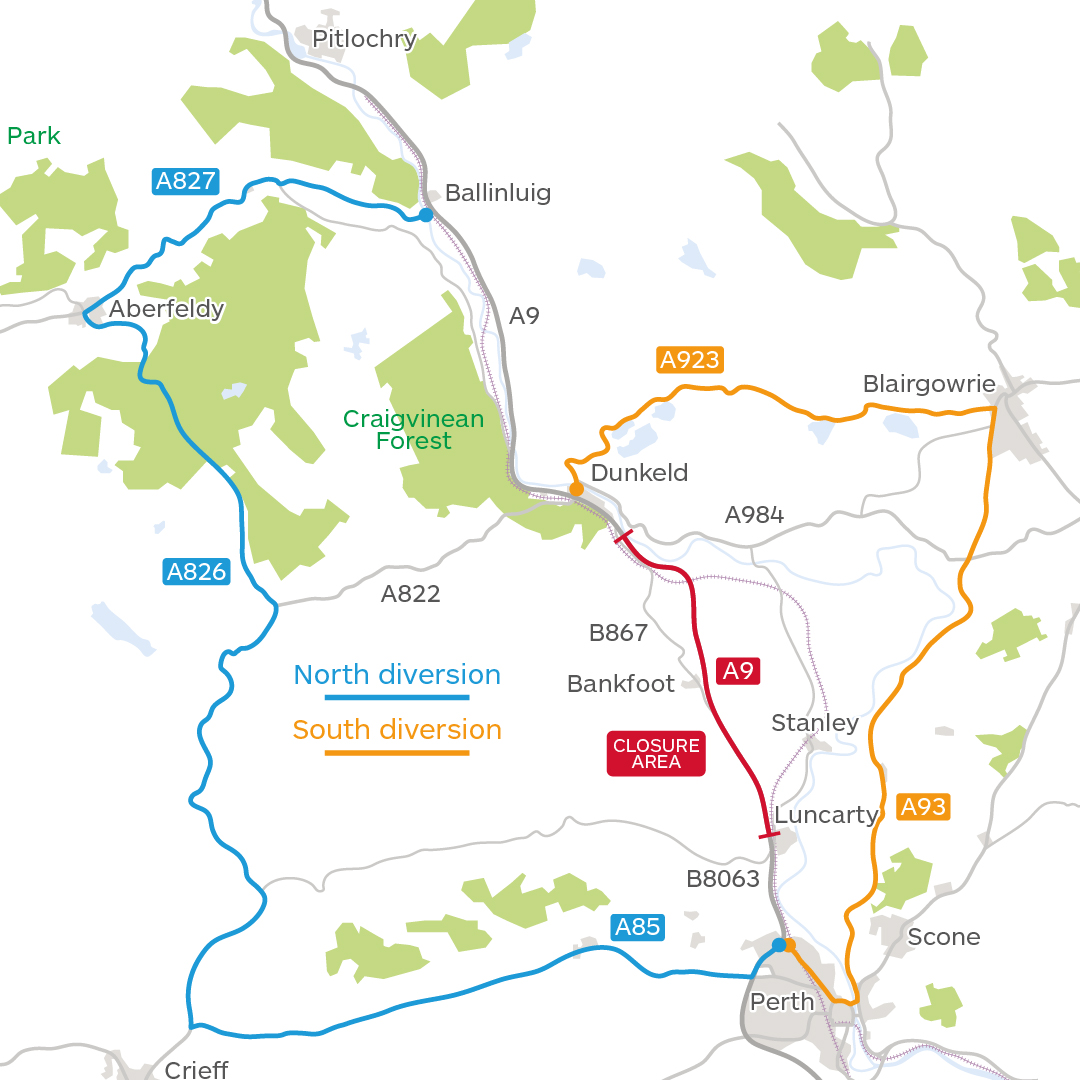 Access to the communities of Luncarty, Bankfoot and Stanley will be maintained via the local road network for the duration of the planned overnight closures.

Access for emergency vehicles will be maintained at all times.

Transport Scotland recognises that the A9 provides a vital link to and from Scotland’s Highlands and it is important to minimise disruption where possible.

Our contractor Balfour Beatty still plans to make the most of these overnight closures to reduce overall disruption, by completing several other tasks whilst the road is closed to traffic.

This will include alterations to the traffic management and will include a new temporary crossover south of new Stanley/Tullybelton Junction and a ban on right turns from the northbound carriageway of the A9 into the C569 Strathford Station Road (leading to the B9099 Stanley Road). A diversion via Bankfoot will be in place until the new Luncarty link road becomes operational in Spring 2021. 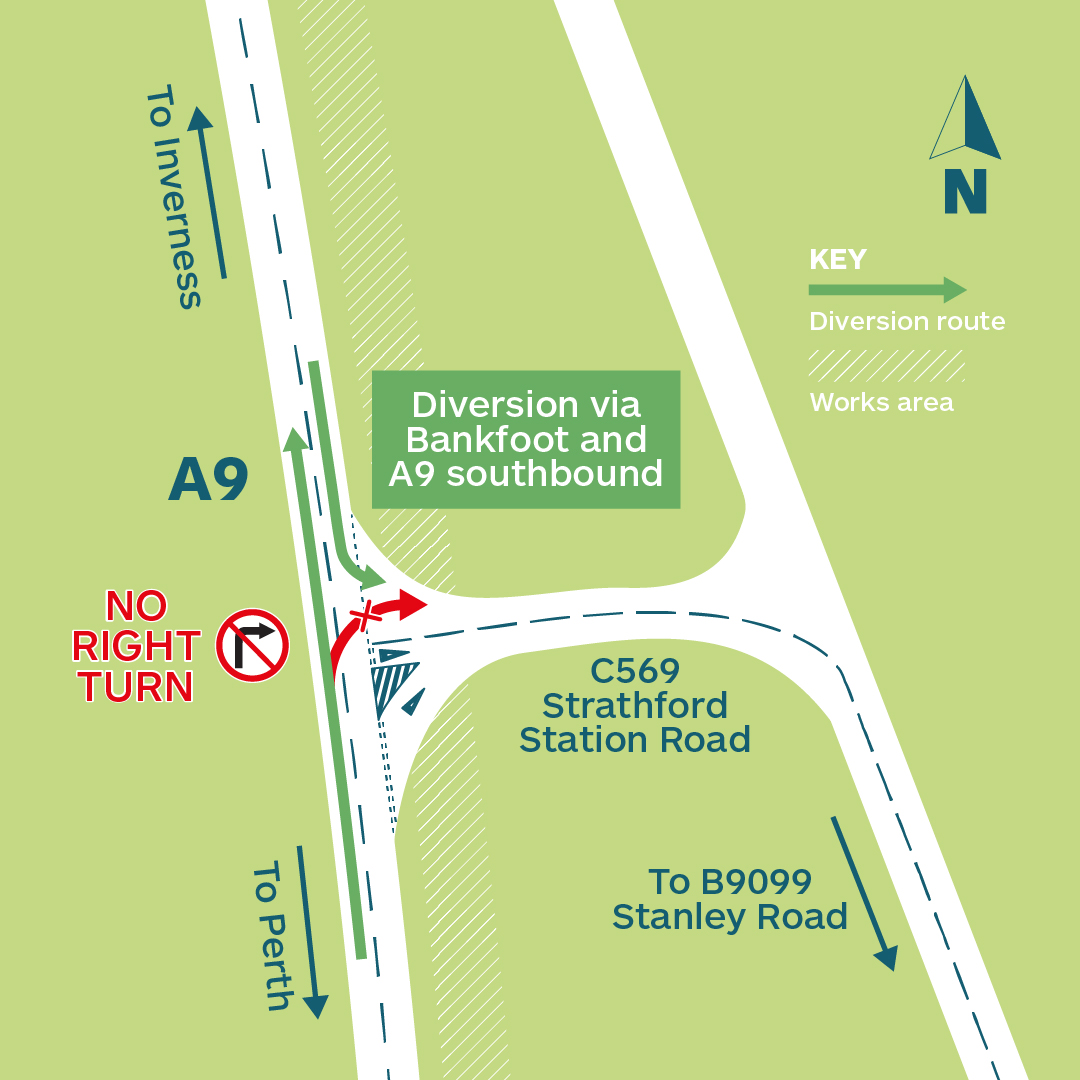 Upon completion of the A9 Dualling: Luncarty to Pass of Birnam project, road users will benefit from 15km of continuous dualled carriageway from Inveralmond roundabout in Perth to Pass of Birnam.