10 years for the Queensferry Crossing 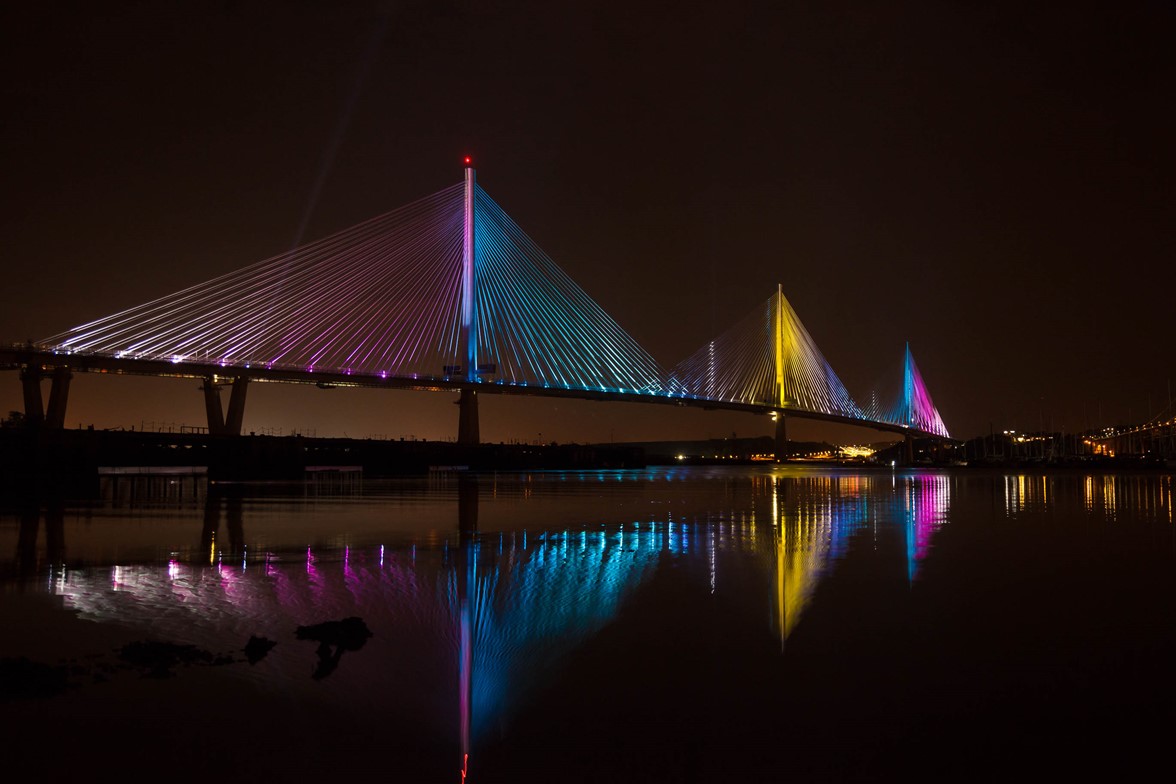 The public are being given a last chance to be a part of history with the Queensferry Crossing.

We are looking back on the events earlier this year to mark the opening of the Queensferry Crossing, exploring some of the benefits the new bridge has already delivered and updating on the last chance for the public to be part of the Frame the Bridge mosaic.

On December 19, 2007 the Forth Replacement Crossing project was announced to Parliament. In the time since, the project has been designed, developed, approved by parliament, procured and constructed.

September 4, 2017 is now etched in the history books as the day the Queensferry Crossing was officially opened by Her Majesty the Queen. The official opening rounded off a number of events to celebrate the opening of Scotland’s biggest project in a generation. Looking at the opening in numbers, key statistics include:

Since opening the new bridge has already delivered a range of benefits:

The project’s Frame the Bridge campaign kicked off in 2015 and has over 2,000 entries to date. But there is still time for the public to get involved in this unique digital photo project and be part of the history of the Queensferry Crossing.

“December 19th marked ten years to the day since the Forth Replacement Crossing project was announced to Parliament. Meaning that in just 120 months this world class bridge has been designed, developed, approved by Act of Parliament, procured, constructed and is now operational. What a remarkable achievement this is.

“Frame the Bridge has been one of a number of innovative ways we’ve successfully engaged the public’s overwhelming interest and identification with their new bridge. What better way to demonstrate this then create this interactive image of the bridge comprised of their selfies and pictures of their loved ones and friends.

“Well over 2,000 visitors and workers have submitted their selfies in the last two years or so. Such is the interest in the project, there have been 614 entries since the opening week back in late August and they are still coming in.

“We’re keen as many people as possible get involved with this document of a shared moment in history which will be looked back on by future generations. To this end, we’re giving plenty of notice that submissions will close in April 2018. This gives everyone – especially families with kids – three separate school holidays to visit and put ‘yourselfie’ in the picture.”

Options for displaying the final mosaic are being considered and more detail will be announced in due course.