A96 schools programme on road to success 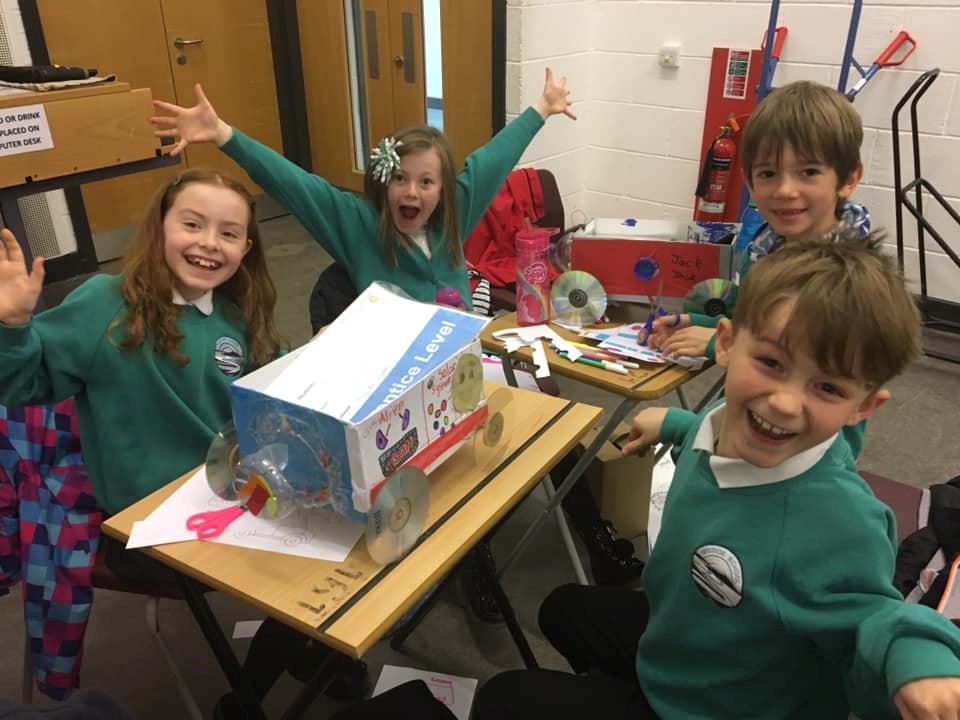 Pupils and teachers from eight Aberdeenshire schools attended a Celebration Event  on Wednesday 17 April in Meldrum Academy to champion pupils’ success as part of Transport Scotland’s schools engagement programme on the A96 Dualling East of Huntly to Aberdeen scheme.

The event let local school children present their projects to a judging panel from Transport Scotland and its design consultancy AmeyArup.

In the second year of the programme for the A96 Dualling East of Huntly to Aberdeen scheme, training has been delivered by specialist educational supplier Primary Engineer to over 30 primary and secondary school teachers in 17 schools situated on or near the route. Engineers from AmeyArup have assisted with presentations, Q&A sessions and class projects. In addition, AmeyArup also engaged with over 500 pupils in eight schools along the route.

“As well as upgrading the A96 between Inverness and Aberdeen to dual carriageway, this Government recognises the importance of benefitting the communities who live along the route as we design and build the new road.

“Our schools engagement on our major road projects, including the A96 dualling programme is leaving a legacy for the future, training teachers to deliver a programme for pupils in local schools which helps them develop an interest in the STEM subjects of science, technology, engineering and maths.

“At the Celebration event at Meldrum Academy, engineers from Transport Scotland and the consultants designing the section of the road to be dualled between East of Huntly and Aberdeen took the time to offer their expertise which will help inspire the children to consider being the engineers of the future.”

“The partnership with Transport Scotland and AmeyArup is providing excellent opportunities for pupils along the route to work on the Primary Engineer programme directly supported by engineers in the classroom. The programme allows pupils and teachers to engage with engineers and engineering in an exciting and meaningful way and for pupils to develop essential skills both practical and thinking skills such as problem finding and problem solving.”

Transport Scotland and AmeyArup teamed up with Primary Engineer, a not for profit organisation which has national programmes that enable teachers to embed engineering into their teaching curriculum. The organisation works with schools and professional engineers around the UK to give pupils the opportunity to work on projects to gain a new perspective on careers in the profession – highlighting just how important STEM subjects are to the world in which we all live.