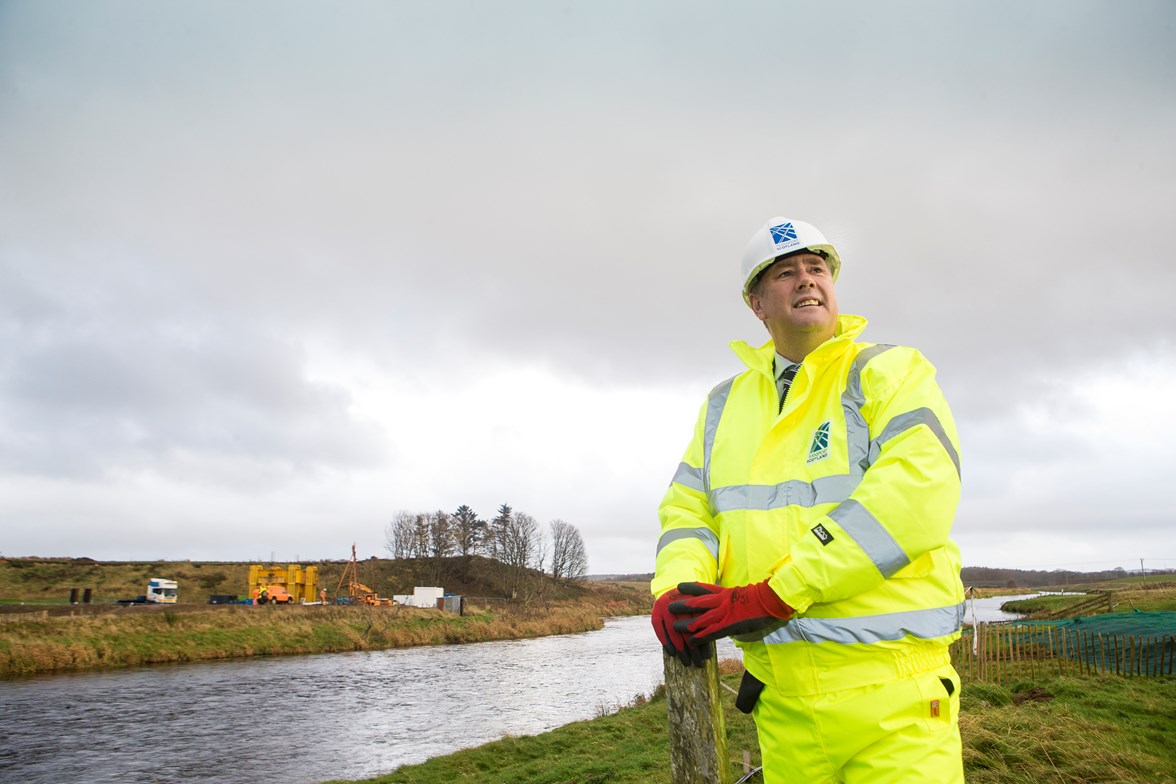 “Over the last year, transport infrastructure in the north east has seen momentous change, and change for the better. We moved from preparatory works to construction work on the ground.

“In February I was delighted to join the First Minister to put the first spade in the ground on the Aberdeen bypass, and work has accelerated since, changing transport infrastructure in the north east of Scotland for good.

“The project is providing substantial economic benefits on the ground, with over 1300 individuals working on the new road, set to peak at 1500 - a greater number of employees than even the new Queensferry Crossing being built over the Forth. Over 100 apprenticeships, graduate places and other training opportunities are being made available too. And looking to the future, a massive £6 billion and over 14,000 jobs are expected to realised in the next 30 years as a consequence of the longest roads construction project currently on the ground anywhere in the UK.

“Building the 58 km of new road, and 22 km of new slip roads, two new river crossings, and some 150 other structures to support the road is a huge undertaking.

“We have seen the landscape change rapidly this year. Drilling and rock blasting to clear a path for the new road started in July near Cookney and has expanded out across the scheme. The first bridge beams at the new Tipperty junction were installed in October which will carry the A90 over the realigned B9000 Newburgh to Pitmedden road.

“Earthworks have progressed from Stonehaven at the southern end of the new road to Tipperty at the northern most point, with cameras documenting the line of the new road from the air. Seeing these images truly sets in context the size and scale of the project and the enormity of the work already completed.

“Much of the new road construction is taking place in rural Aberdeenshire out of sight of most people, so to help bring the project to life, we opened the Contact and Education Space, giving local communities, residents, road users and businesses the opportunity to find out more and speak directly with those delivering the scheme. The Space has been a success and is providing a wealth of environmental, construction and safety information as well as details on job and graduate opportunities. It is truly bringing home the reality that this long await road will be delivered.

“Utility works have been completed at the site of the new River Don Crossing near Aberdeen Airport; cabling and electricity towers have been dismantled and replaced with new energy infrastructure. Construction of the new river crossing is scheduled to start this spring.

“The new Craibstone and Dyce Junctions are on schedule to open this autumn and the early benefits this will bring will be realised by those using roads in and around the Airport.

“However, it is the works at Balmedie Junction which will provide many people with the first real chance to see major works happening as these move up a gear early in the new year. A great deal of planning has gone into ensuring two lanes of traffic are maintained on the A90 during peak periods as the junction is created – keeping existing traffic moving whilst construction goes on.

"Works at the Tipperty junction will also continue with the pouring of the concrete bridge deck and formation of approach roads set to start. There will also be significant works getting under way on the Newburgh Junction, as well as smaller bridges and underpasses to ensure access to local side roads.

“This project is a mammoth undertaking, but one we are relishing, and there is much to look forward to this year with the first sections of the new road due to open to the public. I am very proud that Scottish Government is investing record levels in north-east transport and infrastructure – as well as projects like the AWPR/Balmedie-Tipperty programme, we are also investing in the A96 dualling programme, replacement of the Inveramsay bridge and £170 million upgrade of the Aberdeen-Inverness rail line, providing double-track between Aberdeen and Inverurie including new stations and platform extensions.

“We are making good headway with the new bypass which will soon be a reality. The north east deserves nothing less."