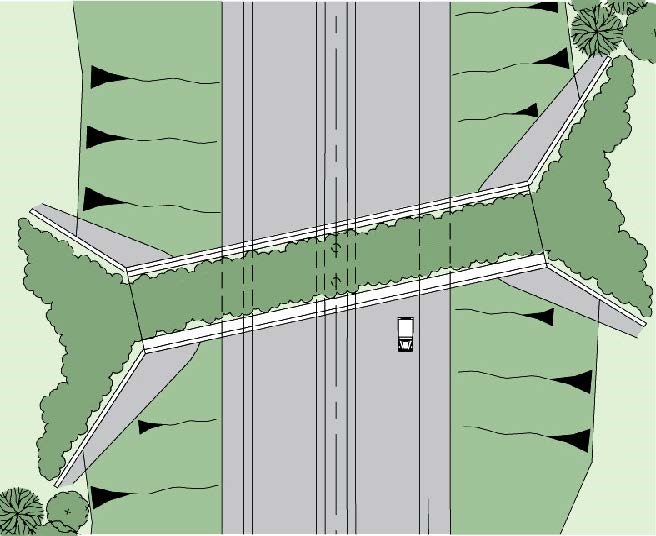 Special wildlife bridges, the first of their kind on a Scottish trunk road, are being constructed by Aberdeen Roads Limited on the Aberdeen Western Peripheral Route/Balmedie-Tipperty (AWPR/B-T) project to ensure animals can safely access areas on either side of the road once it opens to traffic.

Two dedicated wildlife bridges are being constructed over the new road at Kingcausie and Kirkhill, where there are large surrounding areas of woodland habitat. Mammal-proof fencing will guide animals towards the bridges providing them with safe crossing points which will join up habitats and connect colonies. Small trees and shrubs will also be planted on and around the bridges to provide cover for wildlife.

The decking areas of these two bridges will be covered with topsoil in varying depths, with planting to replicate the natural habitats of deer, badgers and red squirrels and encourage wildlife to use the routes.

In addition, a further bridge across the AWPR at Kirkhill, which will be used by vehicles to access local forests and remote properties, will have one half of its carriageway landscaped for wildlife and equestrian use.

“This is a good example of the AWPR/B-T contractor implementing just some of the measures which are outlined in the Environmental Statement of 2007, which will help to maintain biodiversity in the north east following construction.

“These wildlife bridges, along with 17 mammal underpasses, have specially designed planting and strategic seeding to encourage biodiversity. These are just some of the measures that are considered necessary to ensure wildlife continues to thrive in the area once the road has been built.

“These ‘green’ bridges were successfully pioneered in the Netherlands in 1988, where they are known as ecoducts.  There are also now a small number of these structures on some major routes in England.”