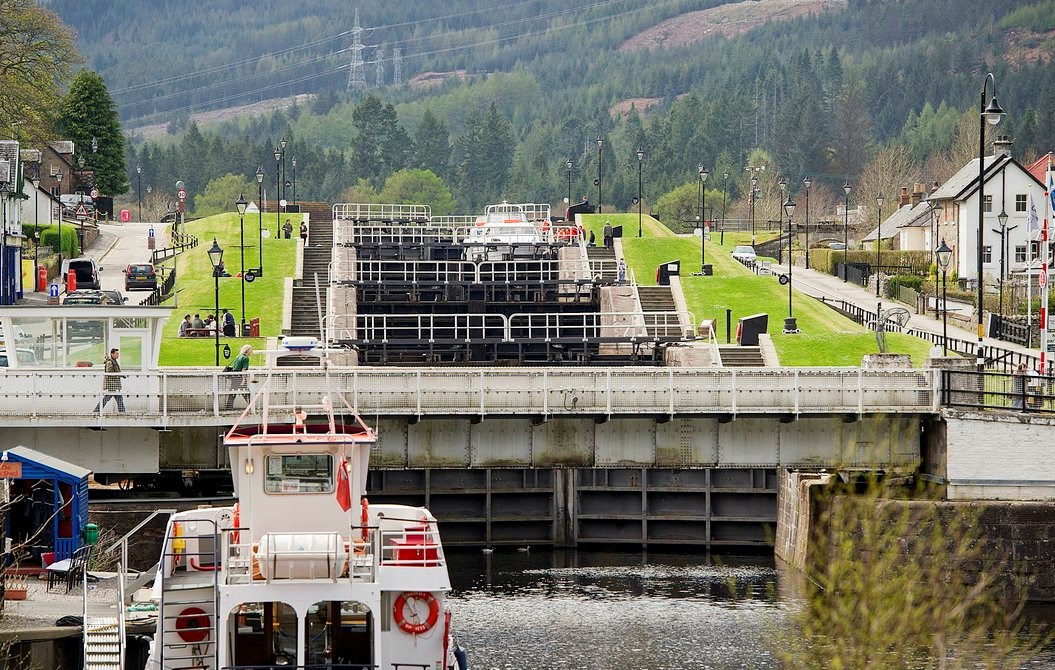 The lock gates at a key location on the Caledonian Canal are to be replaced as part of an additional £5.35 million of capital funding for Scottish Canals, the organisation which manages the canal network in Scotland.

This additional funding follows continuing discussions between Scottish Canals and Transport Scotland about the challenges involved in maintaining the historic assets on the canal network and the publication in June this year of Scottish Canals’ Asset Management Strategy.

Transport Scotland is making the investment to allow Scottish Canals to replace the lock gates at Fort Augustus and undertake additional capital projects, which include improvements and upgrades to assets across the network as well as projects which support income generation for reinvestment in the canals.

“The additional funding will enable Scottish Canals to undertake a number of projects including work on the Caledonian Canal, one of Scotland's best known waterways, which attracts almost 300,000 visitors each year. It is essential that this work is carried out now to alleviate the immediate pressure at Fort Augustus for both commercial and leisure vessels.

“The repairs will also help ensure that boats will be able to continue to use the canal in future years as it approaches its 200th anniversary in 2022. These repairs will be in addition to the planned maintenance that Scottish Canals will be carrying out this year as part of its asset management programme.”

Catherine Topley, CEO of Scottish Canals, said: “This is fantastic news and is testament to the ongoing conversations we are having with the Scottish Government about the value of the canals to Scotland.

“These working heritage assets are incredibly important, not only to Scotland’s marine economy but in attracting tourists, visitor spend and investment, stimulating job creation and business growth as well as helping to protect the environment. This additional investment not only helps to improve the assets themselves but supports our efforts to generate income that can be reinvested in the canals.”

An engineering inspection in August resulted in the decommissioning of some of the Fort Augustus lock gates for safety reasons and since then vessels passing through this section of the canal have faced delays.

The work at Fort Augustus is to begin as soon as possible with the aim of having it completed by spring next year for the start of the season. Other works being funded include phase one of plans to replace lock gates at Kytra and Cullochy, 24 new moorings at Laggan Loch, 4 pairs of lock gates for the Forth & Clyde Canal, new water monitoring systems for the Crinan Reservoir and the Forth & Clyde summit pound, a review of remote operations for Bonnybridge and Twechar bridges and new dredging plant to enable Scottish Canals’ staff to improve the navigation channel across the network.