AWPR’s New Perspectives to Go on the Road 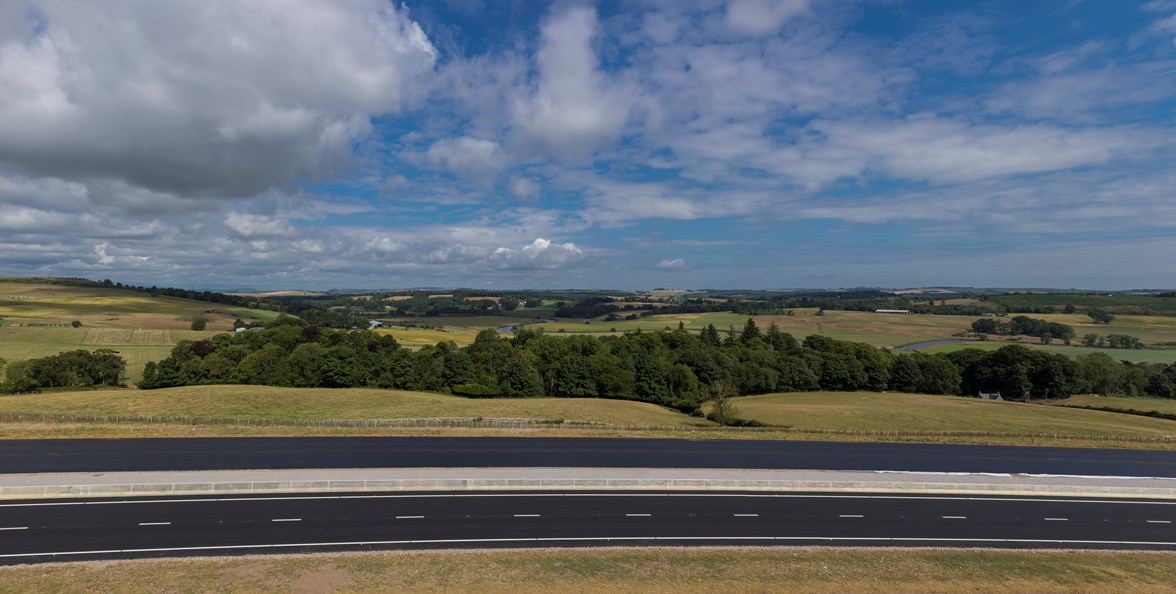 Library visitors in Aberdeen, Stonehaven and Ellon are to get exclusive access to a specially-commissioned set of AWPR-themed landscape shots by lauded Scottish landscape photographer Colin Prior.

The 12 photographs, taken at various stages during the project’s final months of construction, will be on display over nine weeks from late May until late July. The photographs highlight the various new vistas opened up by the 36-mile route.

The 'New Perspectives' exhibition is the final part of the year-long GoNorthEast campaign, launched last summer by project partners Transport Scotland, Aberdeen City Council and Aberdeenshire Council to highlight the benefits the project will bring. The exhibition makes the thematic link between the new, often stunning, views of the surrounding landscape from the road with the new perspectives it realises for doing business in the region.

The campaign also featured a schools film competition and the GoNorthEast Road Festival held on the road last September and attended by around 14,000 people, including 1,500 cyclists.

“Photographing a construction project of this scale is challenging, so I was pleased to be the first photographer to be given access to closed sections of the route while work was ongoing.

“The vistas and scenery surrounding the project have made for some special photos which I think capture some of the ‘New Perspectives’ afforded to the North-east because of the project’s development. These images demonstrate the significance and scale of the AWPR and also the beauty of the surrounding landscapes in the area and I hope the people from across the North-east get the chance to enjoy them.”

“The GoNorthEast campaign has been a successful way of focusing attention on the many economic, environmental and safety benefits the AWPR brings. While the construction period was inevitably disruptive for some, it was important to remind people that a significant prize was within reach for the region.

“Bringing a photographer of the stature and unique eye of Colin Prior on board was inspired by the new views of the region the project team were seeing out on site and the sympathetic way the road has been designed to harmonise with the environment as much as possible. We were excited for the people of the North-east to see these new perspectives, as well as witnessing the new ways of doing business and quality of life the new road brings.”

The exhibition will be previewed at an invite-only business and economy event expected to be attended by the First Minister Nicola Sturgeon and leading figures from the region’s business community in late May.