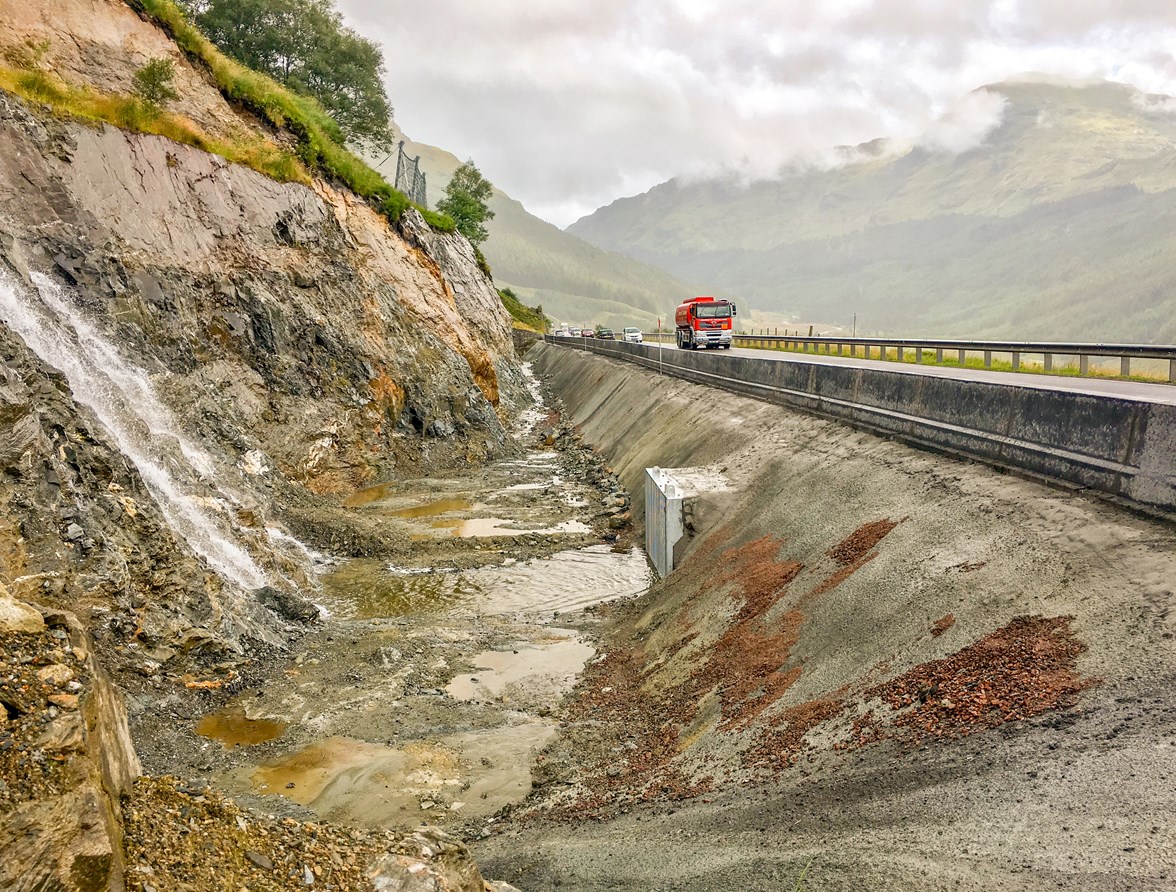 New landslip mitigation measures are to be implemented at the Rest and Be Thankful on the A83 to further improve the resilience of the vital route in Argyll.

£1.9m is being invested in the construction of a further catch pit at phase one of the hillside.

£13.3m has already been invested catch pits and other measures along the A83, which have helped keep the road open for at least 48 days when it would otherwise have closed.

“The A83 plays a crucial role for communities and businesses in Argyll. That’s why we’ve invested £79.2m in its maintenance since 2007, including £13.3m in landslip mitigation measures and improvements to the Old Military Road diversion route.

“We have already seen the effectiveness of the catch pit programme and want to build on the existing measures, so work will begin on an additional catch pit at phase one of the hillside.

“In the longer term, Argyll & Bute is being prioritised in the second Strategic Transport Projects Review, meaning recommendations for the region can be among the first reported. It will consider the transport needs and priorities for the whole area.

“This work underlines the Scottish Government’s commitment to continued work with key stakeholders to ensure that Argyll & Bute remains open for business.”