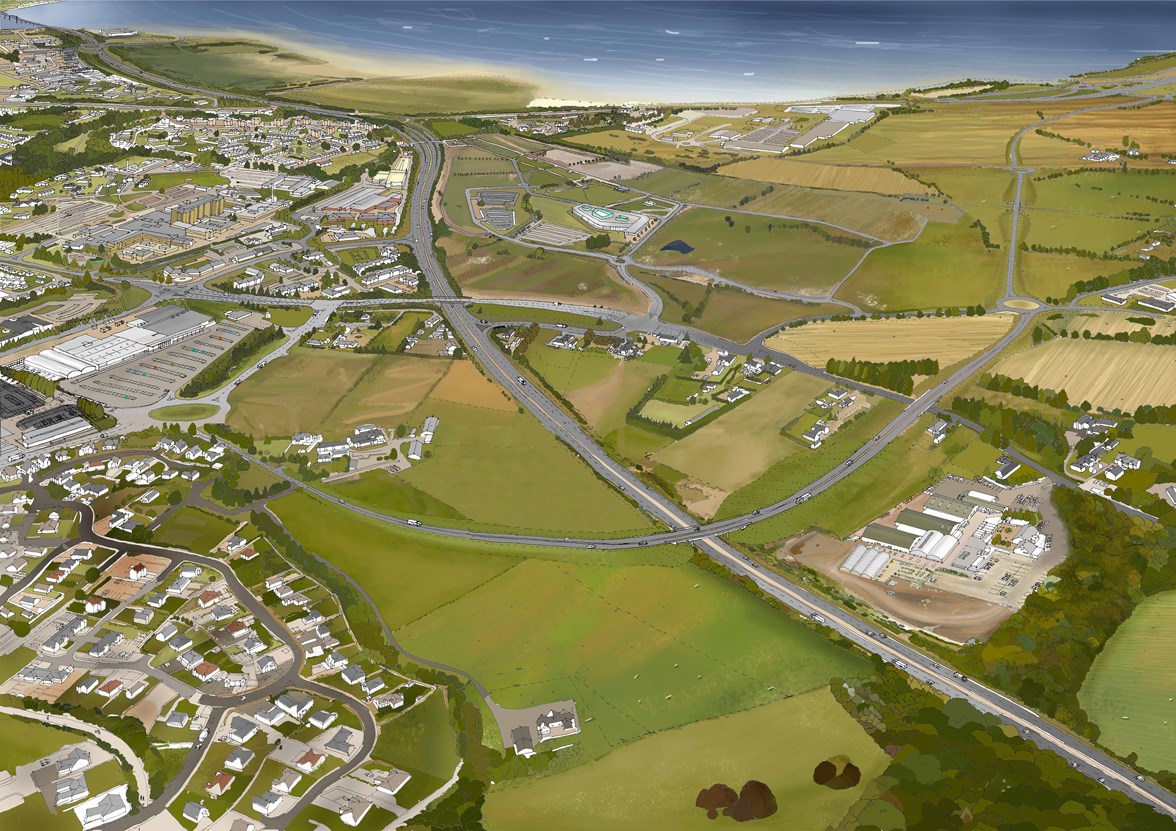 The A9/A96 Connections Study which is due to be published shortly by Transport Scotland has also identified the two preferred options for a single carriageway link road connecting the A96 at Smithton across to the A9 at Inshes.

These options will be taken forward for further design development.

“The Scottish Government wants to see improvements to our roads infrastructure right across the country to help support Scotland’s economy, and better connect our cities. It is why we have committed to and are pressing ahead with a major programme of works to dual the A9 and A96, amounting to nearly 170 miles of upgraded road.

“We also recognise that where these roads meet in our highland capital it is essential to provide the high quality road infrastructure needed to support economic growth and improve journey times for road users in and around Inverness.

“Transport Scotland has worked closely with The Highland Council to consider how best to separate local trips from those on longer distance journeys and listened to local feedback. Two options for a single carriageway link road have now been identified for further design work which will improve access to and within the local communities and improve accessibility to the University of the Highlands and Islands campus.

“The study is also recommending grade separation of the A9/A82 Longman roundabout which will offer significant benefits, including road safety and journey time improvements, to those travelling on the key strategic routes of the A82, A9 and A96.

“I want to see the delivery of better performing roads for all, and today’s news is another welcome step forward in ensuring that ambition is realised.”

1. In February 2012, proposals for a dual carriageway Trunk Road between Inshes and Smithton were presented at public exhibitions. Following the comments received, Transport Scotland took the opportunity to examine the wider context of the A9/A96 connections.

2. As part of the A9/A96 Connections Study the various options from this work were consulted on in public exhibitions on 30 May and 3 June 2014.

3. The emerging findings of the A9/A96 Connections Study to be published shortly are:

• Further design development of grade separation of the A9/A82 Longman roundabout and
• Further design development of Options C and D for the A9/A96 link road – both options provide for a single carriageway link road connecting the A96 across to the A9 at Inshes but differ in that Option D includes new slip roads to and from the A9 southbound carriageway.

4. Information on the A9 / A96 Connections Study can be found at: www.transportscotland.gov.uk/A9A96connections