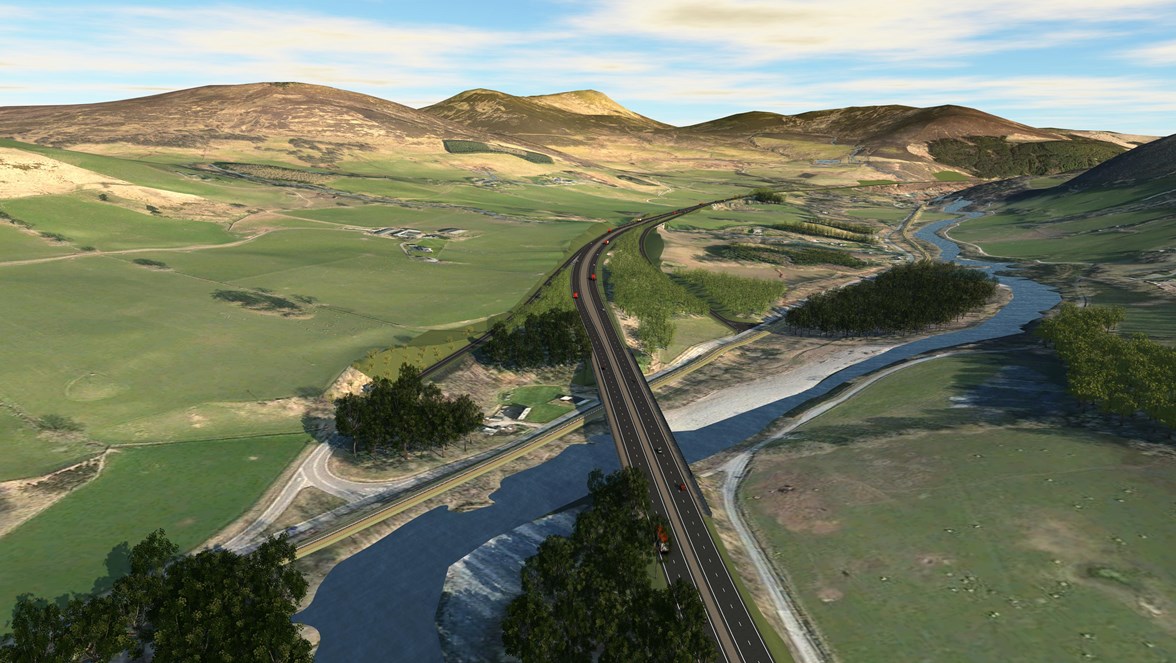 The survey work to start this summer will provide information for developing plans to dual the A9 between Killiecrankie and Pitagowan, but could also unearth new finds and improve knowledge of Scotland’s military history of the 1689 battle between the Jacobite army and Government forces.

Transport Minister Derek Mackay who was kicking off local A9 dualling exhibitions, announced the survey at the Killiecrankie Visitors Centre.

“Our work to dual the A9 will bring undoubted improvements for road users in the future, but the road could also open a window on Scotland’s past.

“With the first in a series of local exhibitions covering four of the A9 dualling projects starting in Killiecrankie today, I’m also delighted to announce we will soon be appointing a specialist contractor to carry out metal detecting surveys on the sections of the battlefield near the A9.

“The surveys will provide valuable information to allow us to refine designs for the road’s upgrade, but could also unearth more hidden battlefield treasures. Previous finds here at Killiecrankie include the first grenades ever used on a battlefield in the UK and there is every chance of more of these types of finds which could shed new light on the battle here at the Pass of Killiecrankie all those years ago.

“When complete I hope our rich historical tapestry will benefit from this survey work as much as a new upgraded A9 will better serve road users right across Scotland.”

“Killiecrankie is one of Scotland’s most famous and fateful battlefields and it is an honour for the National Trust for Scotland to care for it.

“We welcome the partnership with Transport Scotland as they conduct an archaeological survey of the wider area in preparation for the dualling of the A9. This is a fantastic opportunity as, hopefully, the survey will uncover artefacts and new information that will allow us to understand more about the events of 27 July 1689.

“There is a further upside in that any new finds we can put on display at the NTS visitor centre will be even more accessible to visitors as travel on the upgraded A9 becomes easier and safer.

“Several of our properties are on the line of the A9 dualling and we look forward to working in partnership with Transport Scotland on the project.”

Video fly-throughs and stills of Killicrankie junction options A & B can be download at following link until midnight on 28 May 2015.

The battle of Killiecrankie took place on the 27 July 1689 between a Jacobite army under the command of John Graham of Claverhouse, 1st Viscount of Dundee and a Government army commanded by General Hugh Mackay. The armies came face to face at Killiecrankie as both were attempting to reach Blair Atholl to use it as base for future operations.

The Jacobites had taken up position on the higher ground on the southern slopes of Creag Eallaich and the government forces deployed beneath them at the base of the hill. The armies sniped on and skirmished with each other for most of the afternoon and into the evening until around 8pm when the Jacobites charged downhill and broke the government lines. It was during this charge that Dundee was killed and during the ensuing rout of the Government forces that Donald MacBane claims to have made his “Soldier’s Leap” across the River Garry. The Jacobites are thought to have lost 800 men, with around 2,000 casualties amongst the Government troops.

The battle is important for number reasons including the first use of grenades in UK (a fragment of a grenade was recovered during metal detecting undertaken for the television programme Two Men in Trench in 2003) and the first use of platoon firing in Britain. The importance of the battlefield is reflected in its inclusion on Inventory of Historic Battlefields in Scotland which is maintained by Historic Scotland.

Exhibitions of initial design work for four dualling projects covering 24 of the dualling programme’s 80 miles to be dualled get under way today at nearby Killiecrankie Village Hall. This exhibition is the first of a series of public exhibitions being held in May and June 2015 to give locals and road users the opportunity to comment on initial design work for four dualling projects. The work includes fly-through images which give road users a real sense of what the new upgraded road could look like and how local access onto and around the A9 might work.

Exhibition material for Tay Crossing to Ballinluig, Killiecrankie to Pitagowan, Pitagowan to Glen Garry, and Glen Garry to Dalwhinnie dualling projects, will go on show in May and June 2015 at venues across Perthshire.

Details of the A9 Dualling public exhibitions:

Details of the A9 Dualling Programme can be found at: www.transportscotland.gov.uk/a9dualling