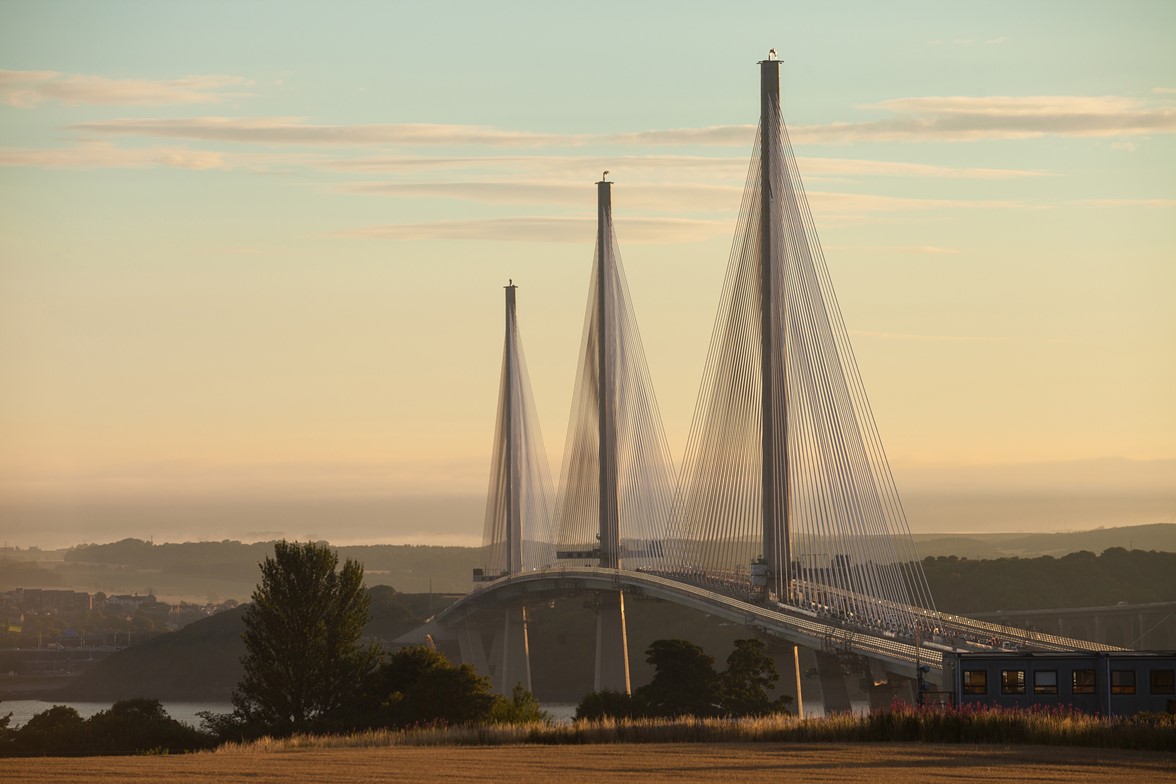 The fresh data shows the Queensferry Crossing is already having a significant impact on improving the reliability of cross Forth travel. With the bridge’s wind barriers and hard shoulders helping to mitigate against the impact of adverse weather, accidents and breakdowns.

High winds, accidents and breakdowns on the FRB resulted in closures, restrictions, diversions and lengthy hold ups resulting in costly diversions and delays, especially for HGV drivers with adverse knock on effects for the economy, businesses and commuters.

This initial assessment shows a marked improved in the reliability of the Queensferry Crossing when compared to the FRB. Available data shows a continued and stabilised improvement in journey times demonstrating the settled nature of the M90 corridor into its new configuration. Data continues to show a slight reduction in free-flow journey times both northbound and southbound to those seen previously, as well as a five minute improvement at peak times southbound.

There have been accidents on the new road layout and improving safety has always been an important part of the project. The Intelligent Transport System (ITS) is designed to respond to higher volumes of traffic on the road and manage the speed limit at peak times. The system is intended to smooth traffic flows and improve safety by slowing vehicles approaching the back of the queue.

An integral part of the ITS system are speed cameras on the ITS gantries to enforce compliance with the variable speed limits. Road users should be aware that testing of these cameras is now underway and they may see the cameras flashing.

“The wind shielding on the Queensferry Crossing is delivering the benefits it was intended to. There have been 14 occasions since the new bridge opened when the FRB would have had to close to high sided vehicles. This improved reliability is delivering benefits for the economy, businesses and commuters.

“The hard shoulders on the bridge are allowing the operating company an improved opportunity to respond to incidents more quickly than before and ensure that traffic can use the other lanes in the event of an accident or breakdown on the bridge. This just wasn’t possible on the two lanes of Forth Road Bridge in the past and frequently resulted in significant tailbacks and delays.

“This is early evidence of the improved reliability of the new bridge for those using this vitally important strategic road link across the Forth.

“The most recent figures available show improvements in journey times over the last few months, since the introduction of motorway regulations, as flows have settled down and as drivers have become familiar with the new arrangements.

“Peak journey times have reduced with a time of 15 minutes being seen during the AM peak Southbound which was previously 20 minutes.

“Finishing and snagging work across the bridge remains ongoing, the vast majority of which was always intended to be completed once the bridge opened to traffic, as it has no impact on the performance of the bridge or those using it.

“However, some activities do require lane restrictions to ensure the safety of both workers and the traveling public. This work continues to be carried out overnight and outside of peak times to minimise any impact on those using the bridge and we expect this to continue over the summer months.

“We want to make road users aware that testing of the enforcement cameras on the ITS gantries on the M90 is now underway. As such they may see the cameras flash should vehicles not stick to the speed limit displayed on the overhead gantries. Currently this is a test period only and we plan to roll out a campaign to educate road users on the ITS system, variable speed limits and the enforcement cameras in advance of full switch on which is expected later this year.”