The Aberdeenshire town of Kintore will see the return of rail services after almost 60 years absence next Thursday 15 October.

Funded by Transport Scotland, Aberdeenshire Council and Nestrans, the £15 million station was built by Network Rail and has fully accessible, step-free access between platforms via a footbridge with lifts. 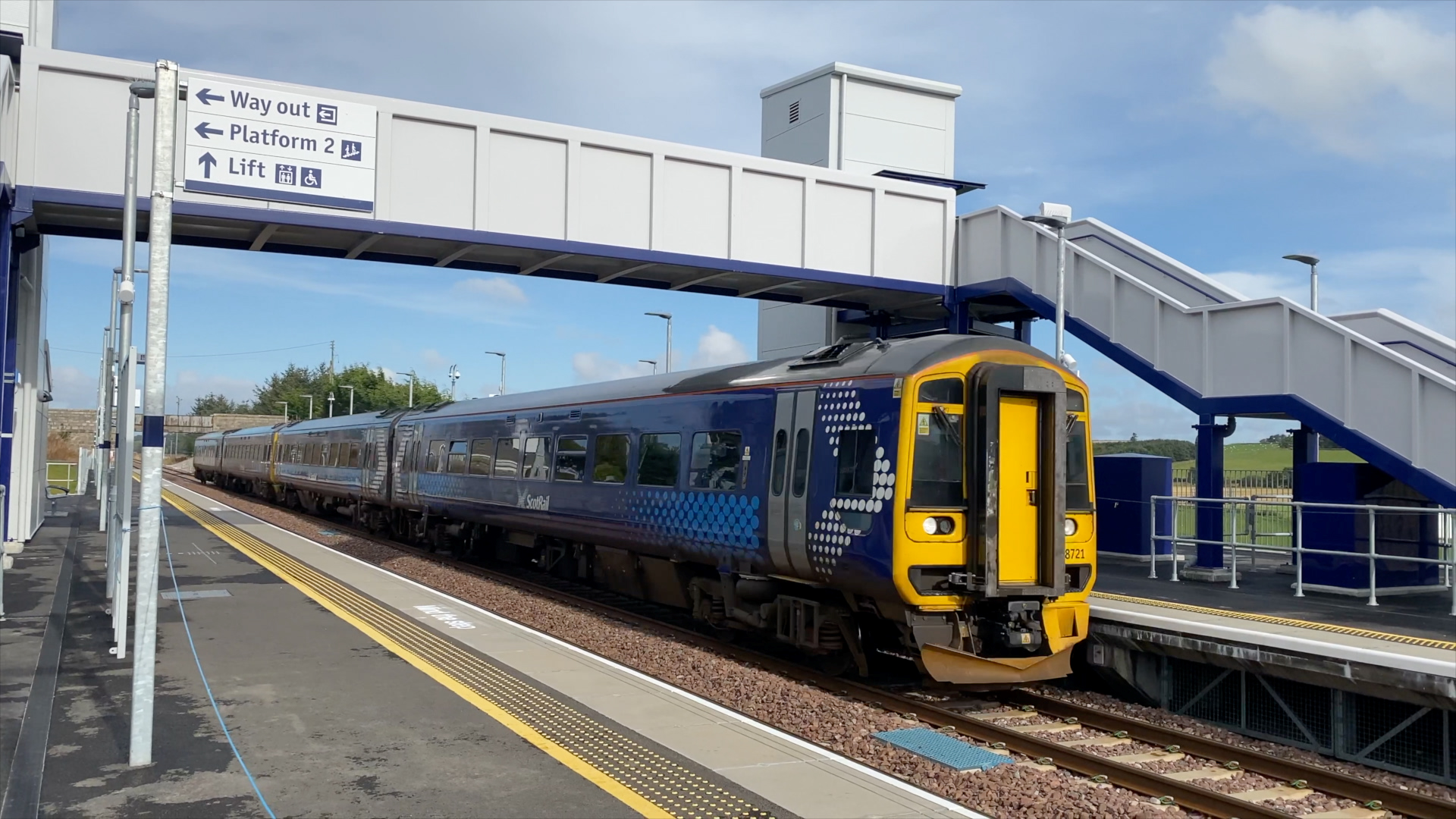 The station, which will be managed by ScotRail, is also the largest electric vehicle charging location in north east Scotland, with 24 of the 168 spaces at the new transport hub fitted with charging points.

“This new station is clear evidence of the Scottish Government’s commitment to the north-east. It comes hot on the heels of line dualling between Aberdeen and Inverurie and the introduction of an Inverurie and Montrose Crossrail service.

“By providing a rail interchange that offers significant parking provision with the largest electric vehicle charging facility in the north east, as well as cycle storage facilities and bus links, we are making the decision to switch from private car to train even easier.

“It also offers wider regional benefits by removing the need to drive into Aberdeen city centre, with that reducing congestion and emissions.” 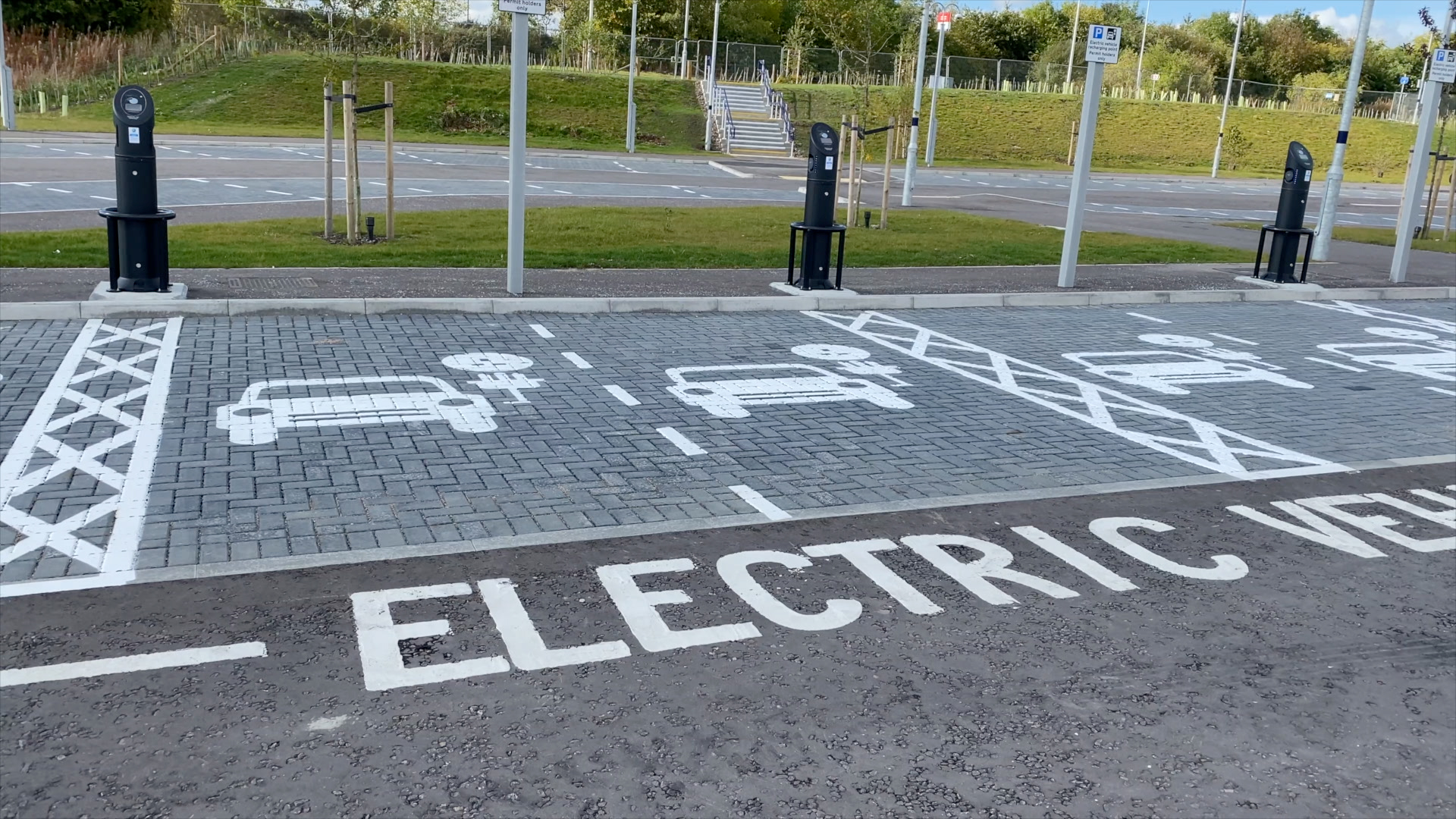 “This new station will reconnect Kintore to the rail network for the first time in nearly six decades and create new opportunities for the local community.

“We’re working hard alongside both local and central government to open up the rail network to more people across Scotland and encourage greener journeys.

“The north east has seen a massive investment in its railway over the last five years with the completion of the Aberdeen-Inverness Improvement Project – which has increased capacity for more passenger and freight services – and the opening of new and redeveloped stations at Kintore and Forres.” 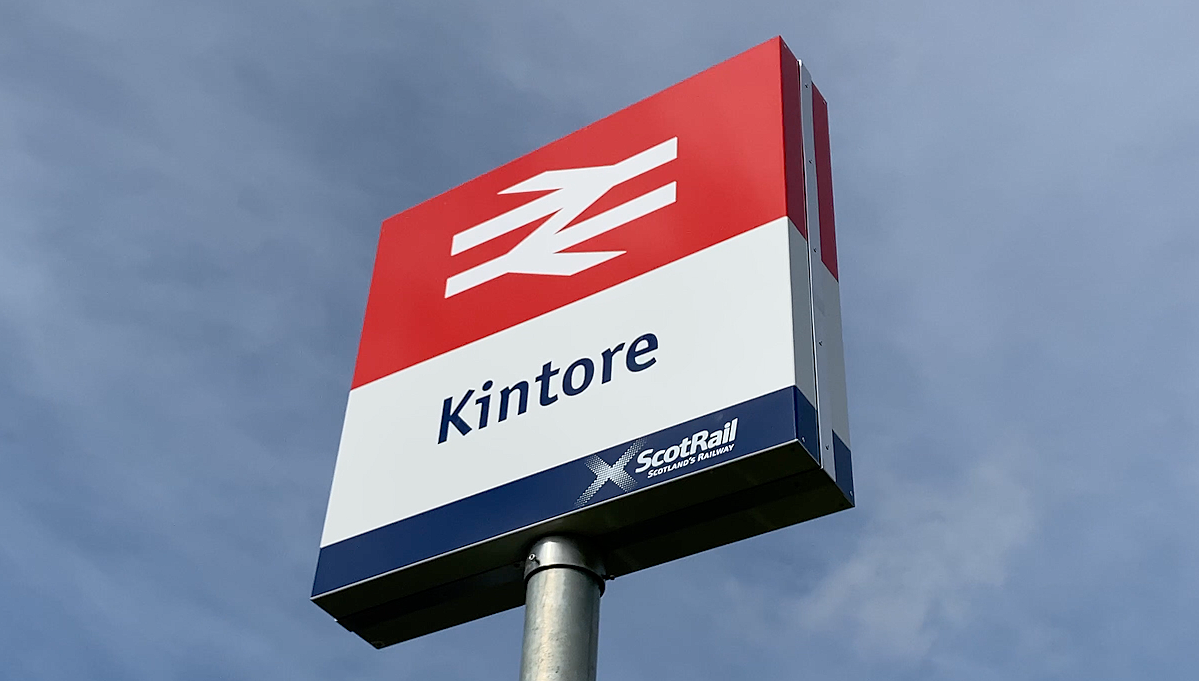 “This is a momentous day for the people of Kintore and is testament to the strength of the community’s long-running campaign for the return of the station.

“It cannot be underestimated just how transformative this facility will be both for local community and wider area. I am proud Aberdeenshire Council has played such a vital role in helping to fund such an important infrastructure project for the North-east.” 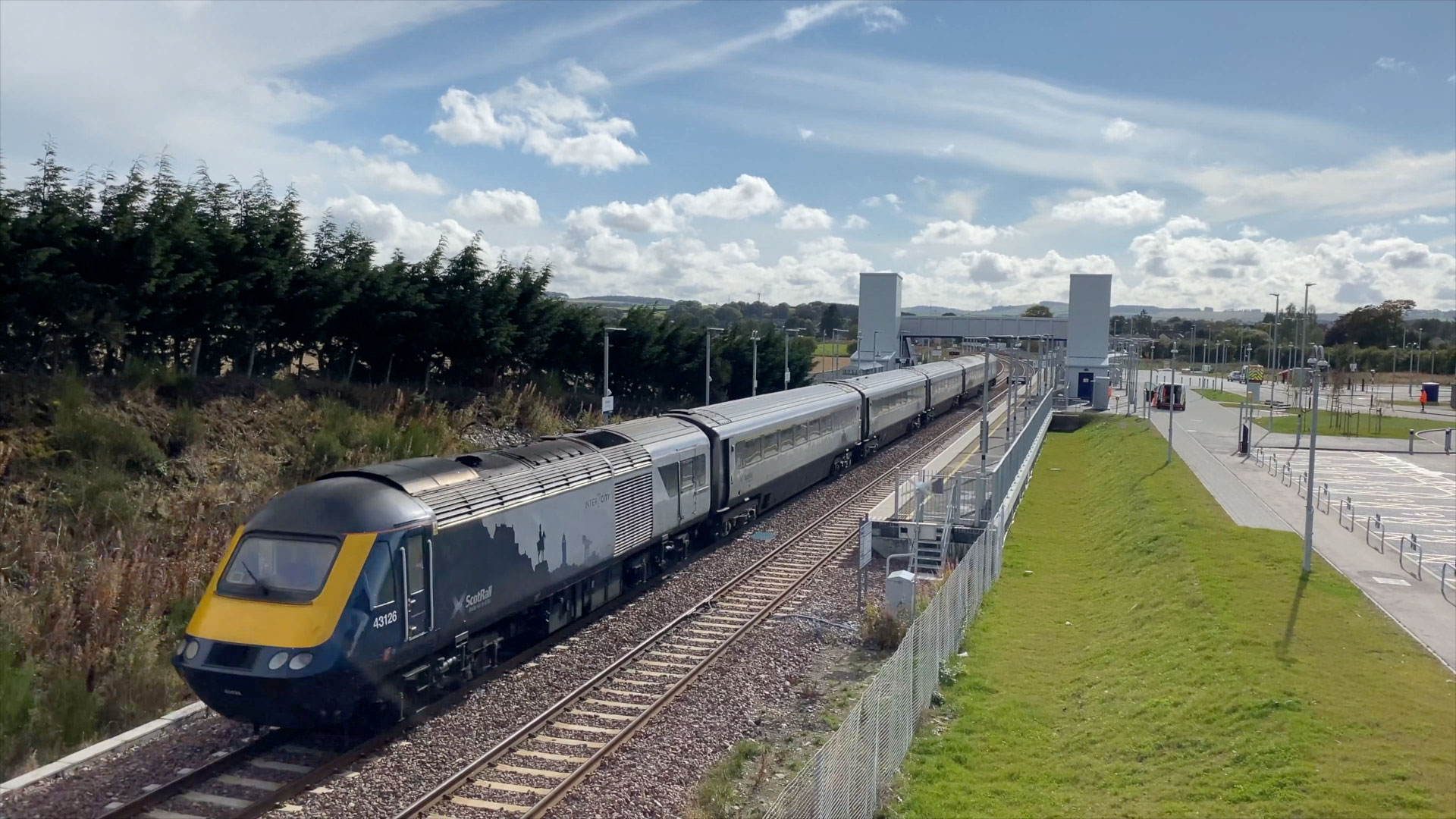 “The reopening of Kintore station has been a long-standing aspiration of the local community and the wider region. It is something that Nestrans and its partners have campaigned, funded and worked towards for several years now.

“Kintore station is a welcome addition to the existing eight rail facilities across the north east. For those local to the area, it is an opportunity for convenient rail travel, better connectivity for the community and a sustainable option for local travel to and from Aberdeen. As part of the Aberdeen to Inverness improvement project, it brings benefits to the wider area, enhancing our local rail service and increasing rail capacity. 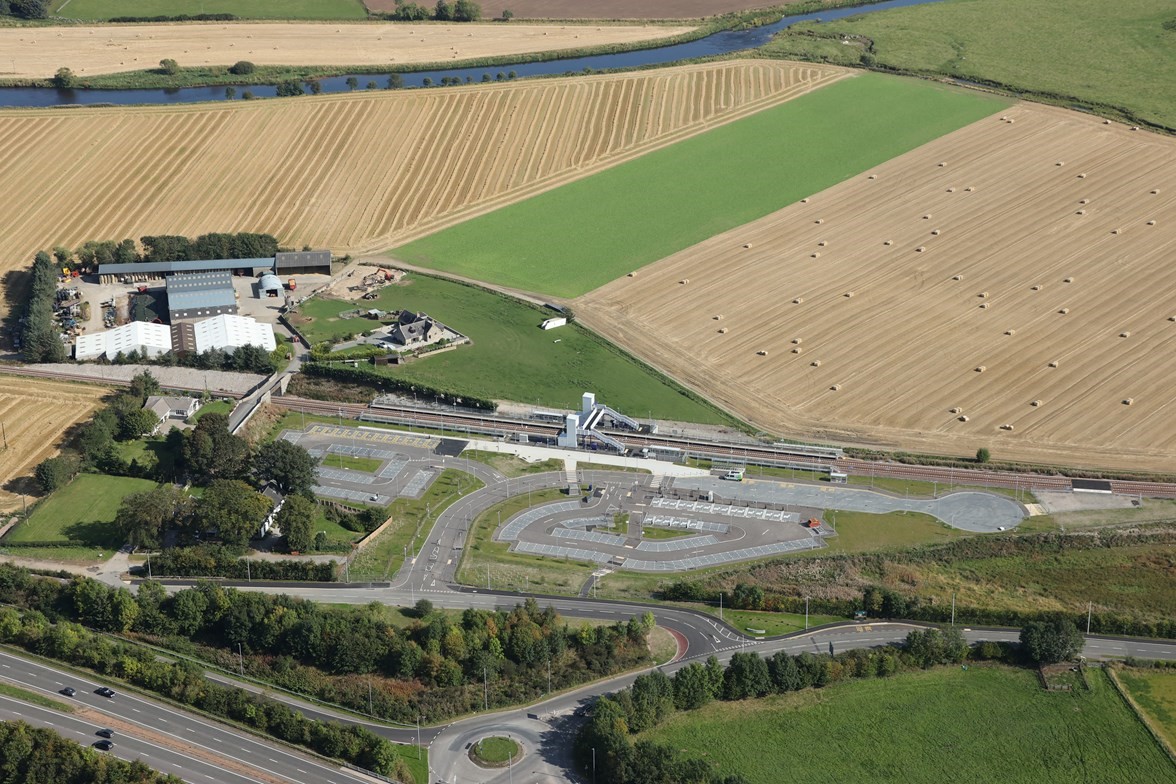 “The local community have been very keen to be involved right the way through the project. The historic benches and former station sign are fitting touches for the new station and it has been through working with the community that these hidden treasures were discovered and restored.

“The realisation of this project shows true success of partnership working for a shared goal. It gives us a strong platform to build on as we seek further improvements and new stations to enhance our rail service for the north east.”

Reopening Kintore has been made possible by double-tracking the line between Aberdeen and Inverurie, delivered as part of the Aberdeen-Inverness Improvement Project. 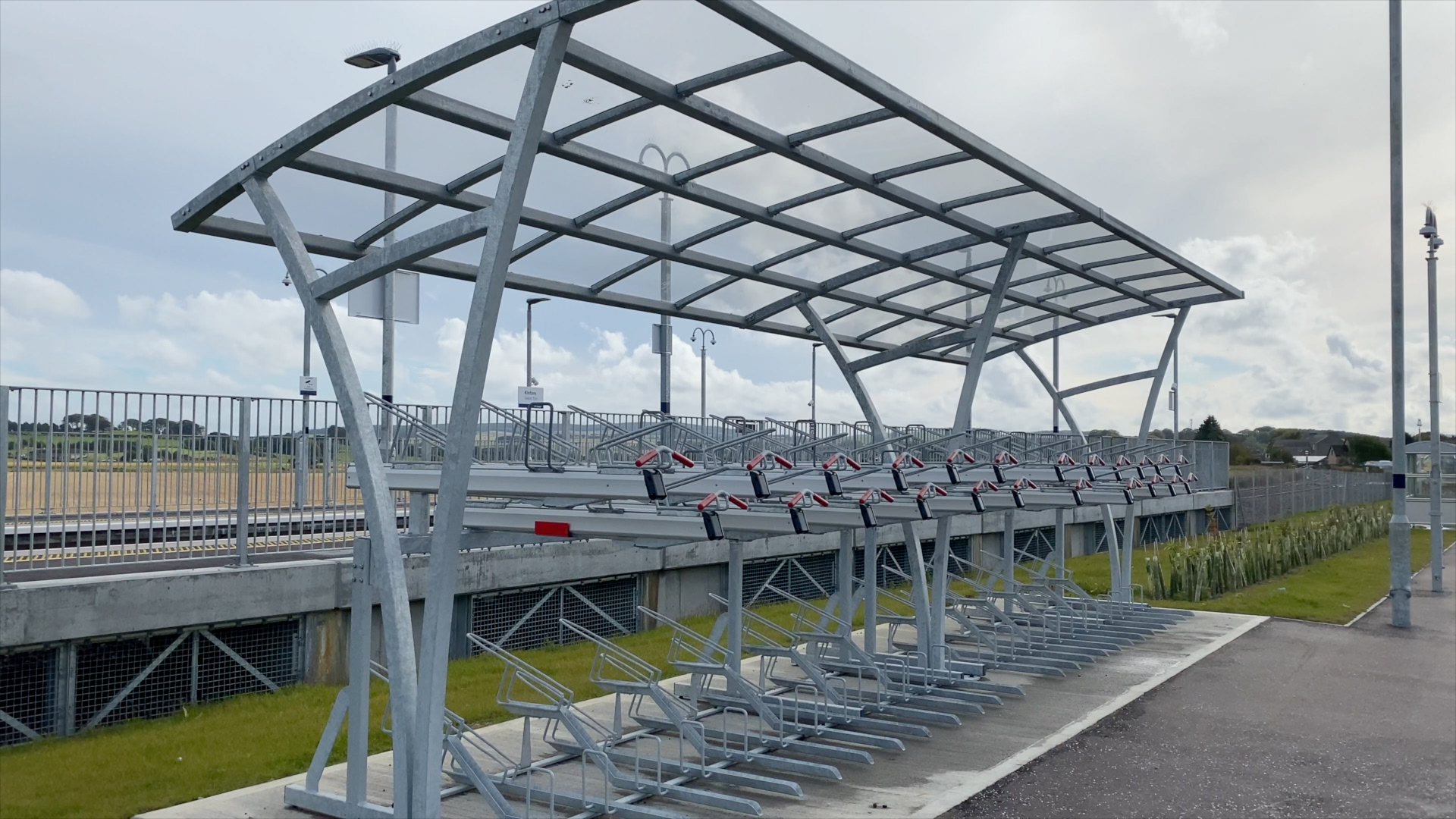 The station has 168 car parking spaces, including disabled and electric charging spaces, bike storage, connection into the local bus network and links to the Inverurie-Kintore cycle path.

The original Kintore station opened in 1854 but closed in 1964 as part of the Beeching cuts. Its history has been incorporated into the new facility with features from the previous station, including heritage benches and salvaged signs.