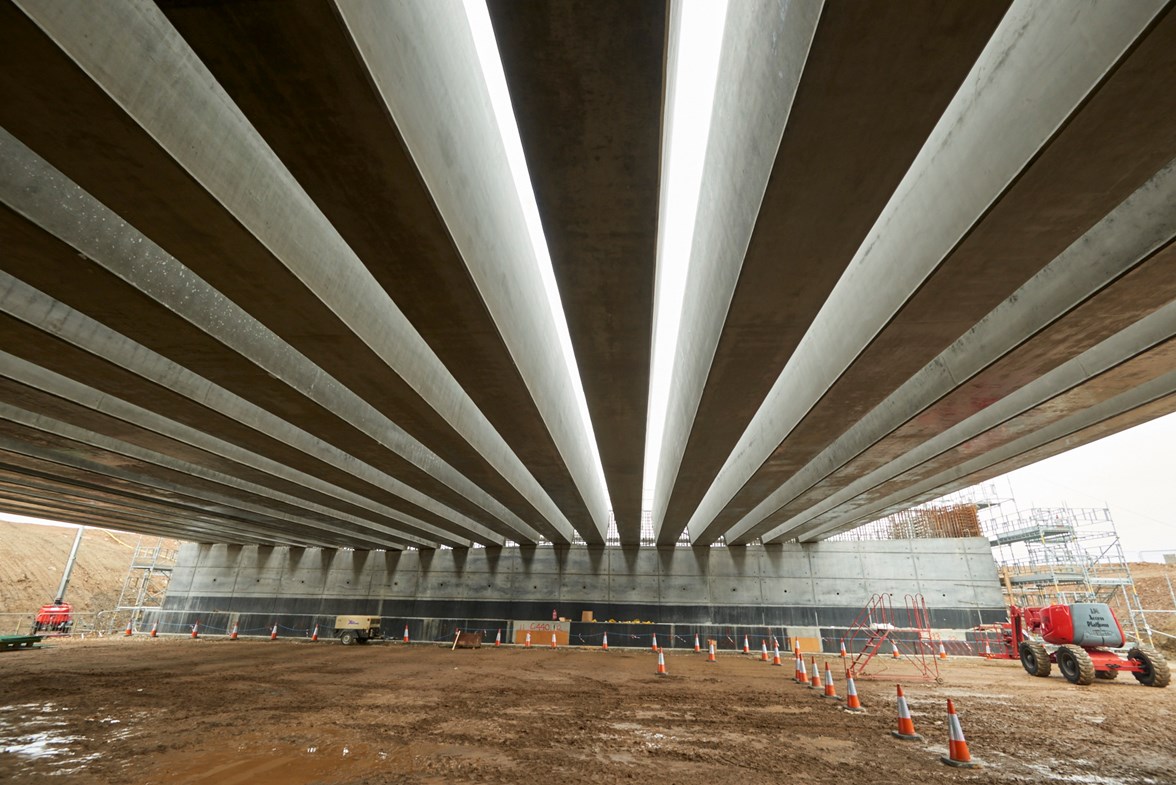 The new bridge will carry the A90 over the realigned B9000 Newburgh to Pitmedden road.

Time-lapse footage shows the 23 pre-cast beams weighing 20 tonnes each and measuring approximately 33 metres long being lifted and manoeuvred into place at the new structure.

“This represents significant milestone and shows that works are progressing well on what is the longest roads construction project currently underway in the UK.

“The beam lift at Tipperty is the first of almost 80 similar lifts which will be undertaken across the project over the course of the next couple of years with the pace of construction evident for all to see and the Balmedie-Tipperty section of the project due to open to road users in spring 2017.

“When complete , the entire project - which is scheduled to open in winter 2017 some six months ahead of the original schedule - will bring enormous benefits to the whole of the north east of Scotland, including £6 billion to the local economy and more than 14,000 jobs during the first 30 years after opening. It will also reduce congestion, improve journey times, cut pollution in the city centre, boost the economy, improve road safety and enhance public transport.”

The time lapse footage is approximately five minutes long and includes scenes from a camera position on the main beam as it is lifted into place.

More information on the AWPR/B-T can be found on the project website at http://www.transportscotland.gov.uk/project/aberdeen-western-peripheral-route-balmedie-tipperty