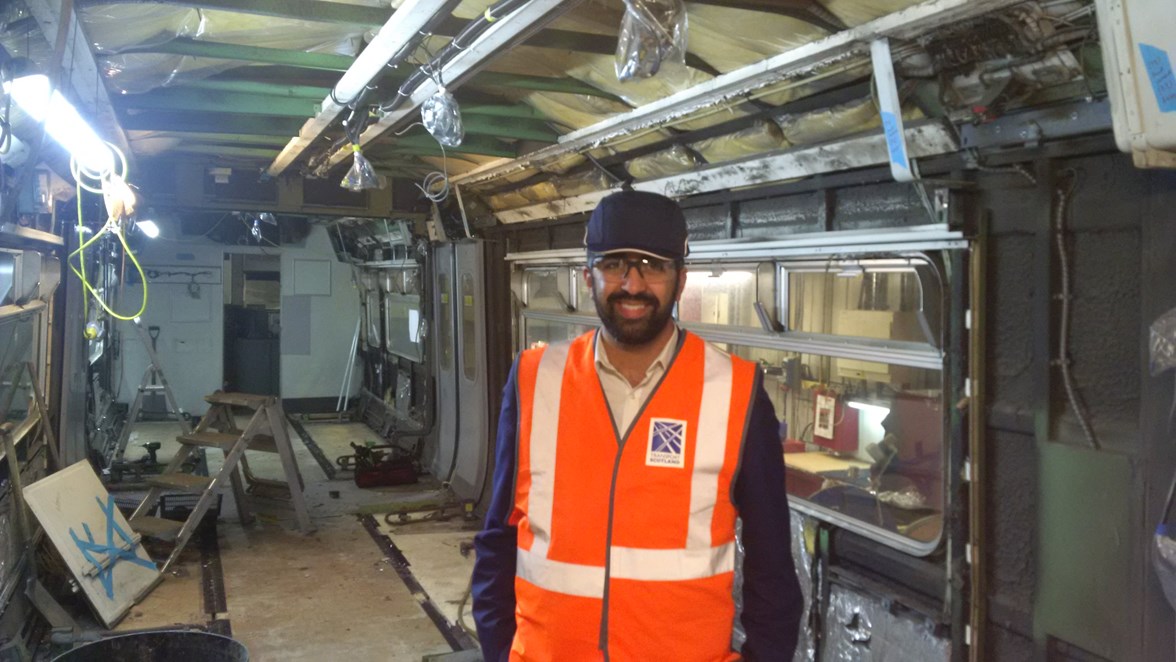 Kilmarnock based rail firm Wabtec has been given a welcome jobs boost with the announcement of a train refurbishment contract worth around £8m.

Funded by the Scottish Government and aimed at tackling over-crowding on peak services in Strathclyde, the contract between engineering firm Wabtec and train owners Eversholt Rail is for the introduction and upgrade of five additional Class 320 electric trains to further expand the ScotRail fleet.

It is the latest in a line of refurbishment contracts demonstrating Ministers’ continuing commitment to investment in the ScotRail fleet and increases the volume of work at the Kilmarnock site.

The scope of the £8m programme includes a full interior refresh in line with the ScotRail branding, as well as:

“When the most overcrowded trains were made public earlier this year, this Scottish Government gave a strong commitment to tackle this issue.

“Good quality refurbishment will not only deliver better trains and more seats for ScotRail passengers, it will also provide more job security for this important employer in Kilmarnock.

“This is a great example of the way our efforts to build the best railway Scotland has ever had brings benefits to the job market, another being the fact that ScotRail is a Living Wage employer. The contract itself is well-deserved recognition of the Wabtec workforce’s excellent efforts on previous refurbishment programmes.”

“Since taking over the railway depot in 2011, Wabtec Faiveley - Rail Scotland have built a reputation for on time delivery of quality railway products, and invested over 1.5m in new equipment. Wabtec are committed to improving passenger on-board experience, train reliability.

"We would like to thank the Scottish Government and Eversholt Rail Group for recognising the achievements at our Kilmarnock depot".

“This is great news for our customers, allowing us to yet again increase the number of seats available on the Scottish network.

“It’s fantastic that the work is being carried out in Kilmarnock by Wabtec Rail Scotland. They have been one of our key suppliers over the years - delivering great products that our customers benefit from, and we look forward to continuing our strong relationship in the years to come.

“The refurbished trains will be brought up to the latest standard, which includes WiFi, new toilets and passenger communication systems.”

“We are delighted to be working in partnership with the Scottish Government and ScotRail to provide a further five Class 320 trains to help tackle over-crowding on peak services. The refurbishment programme demonstrates our commitment to Scotland and to delivering the best value and highest quality rolling stock to passengers across the country.”

Since 2007, 50% more carriages have been introduced to the ASR fleet and these latest trains to undergo upgrades will be part of an additional 200 carriages being added in the next 18 months.

The refurbishment of these 15 carriages is expected to start in November 2017 with a phased introduction from summer 2018 onwards across Strathclyde north and south electric services.