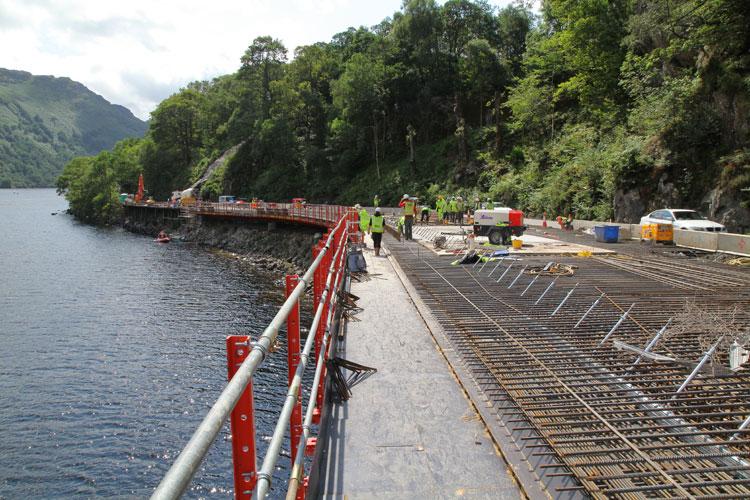 The A82 is a vital artery for communities in the western Highlands, linking Fort William, the Highlands and the Western Isles with Glasgow and the Central Belt.

However, many sections of the road date back to the 1920s and the route is much narrower in places than it would be were it to be built today.

The programme covers areas including Pulpit Rock, Crianlarich and Tarbet to Inverarnan.

Work is due to start on the next phase of rock slope stabilisation work on the A82 Trunk Road at Loch Ness. This £500,000 investment by Transport Scotland is due to get underway on 4 February with works to last up to 10 weeks. The works involve removal of loose rock and vegetation from the slopes above the trunk road as well as installation of wire netting to stabilise the rock face. This significant investment follows the works undertaken by BEAR Scotland and their specialist sub contractor in early 2017 some 5km south of this location.

These works involve the use of specialist rope access techniques and equipment to allow the skilled workers to carry out these works safely.

Future stabilisation works are being planned by Transport Scotland in conjunction with Forestry Commission Scotland along this stretch of the A82 with further information to be provided as plans progress.

A new bypass has been constructed in order to tackle the delays experienced by road users during the busy tourist season.

The A82 at Pulpit Rock has offered a significant engineering challenge for decades.

Since completion of the improvement works in May 2015, road users are now able to pass through this section of the A82 without stopping at traffic lights. 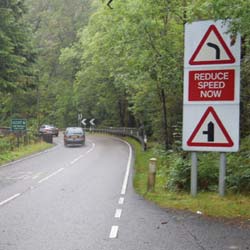 Transport Scotland have commissioned Jacobs Fairhurst Joint Venture to look at options for upgrading the A82 between Tarbet and Inverarnan.

The route runs adjacent to the west bank of Loch Lomond.