Following the worst period of severe weather for over 30 years, and the coldest months in Scotland since records began, Transport Scotland's resilience team led Exercise Polar Storm in September 2011. The exercise, designed to test Scotland's winter plans, brought together over 200 delegates from the transport sector, emergency services and Local Authorities.

Transport Scotland's Incident Management Summit was held in Glasgow in March 2012. This marked the crucial first step in reducing closure times and the associated disruption that incidents cause to the trunk road network. The event identified opportunities for improvement and created a collaborative forum to track progress.

Transport Scotland led the project to install smart ticket machines on the entire Scottish bus fleet so key information on concessionary travel journeys could be captured. We can now apply enhanced validation and analytical techniques to reimbursement claims. In addition to significant financial savings, the outputs from this analysis, when combined with other intelligence, enables us to apply a robust fraud strategy. Recent publicity on our proactive anti-fraud measures will act as a further deterrent, as well as raising further public awareness and vigilance.

In December 2011, the strategic road safety branch concluded a review of speed limits on all of our A class trunk roads. The review aims to ensure that speed limits are consistent, understood by drivers and appropriate for the environment and circumstances of use. We expect to publish the full outcomes on our website later on this year.

Due to the ongoing number of incidents on the A898 Erskine Bridge, proposals for an extension to the existing parapets were investigated. After tests and trials of numerous options, the decision was made to replace the existing parapets with higher galvanised steel parapets. Work to install the new 2.4m curved pedestrian parapet is due to be completed in August 2012.

On road safety, Reported Road Casualty Statistics for 2010 show that Scotland again has the lowest road casualty figures since records began. Collaborative work to build on this downward trend will continue until 2020 under Scotland's Road Safety Framework. Transport Scotland made a number of road safety achievements:

The Blue Badge disabled parking reform introduced Independent Mobility Assessments that focused on the ability to walk rather than medical conditions. The national Blue Badge improvement Service (BBIS), introduced an online application form and new tamper-proof badges to the scheme. We have also hosted conferences to help practitioners adapt to the new systems. 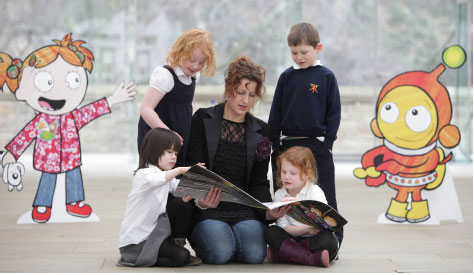 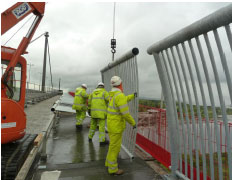