In June 2012 the Scottish Ministers submitted their High Level Output Specification (HLOS) for the period 2014 to 2019 to the Office of Rail Regulation (ORR). This £5 billion package of investment secures the economic and social benefits of the ScotRail and Caledonian Sleeper franchised services and supports the delivery of a major programme of network enhancements. £140 million will be made available across separate industry funds to improve the capacity and capability of the network. 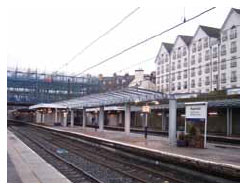 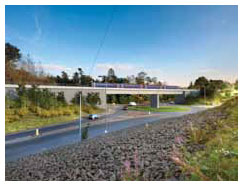 In December 2012, Scottish Ministers announced that the existing ScotRail franchise would continue until March 2015, securing substantial benefits to passengers. This has also allowed full consideration of the recommendations of the Brown and Laidlaw Reviews commissioned after the West Coast Main Line franchise procurement failure. Two franchises will be procured: a 15 year franchise for the Caledonian Sleeper and a 10 year ScotRail franchise with a 5 year review.

In February 2013, the Minister for Transport and Veterans announced continued support of up to £100,000 for the creation and development of Community Rail Partnerships in Scotland until March 2015.

Work on the Borders Railway is now fully underway following the formal transfer of the delivery role to Network Rail in November 2012. The project will deliver major economic and social development opportunities, offering a fast and efficient service connecting directly with Edinburgh and the wider Scottish rail network. The Borders Railway will be the longest new domestic railway to be constructed in Britain for over 100 years, with 30 miles of new railway line.

In July 2012 details of the Edinburgh - Glasgow Improvement Programme (EGIP) first phase to be taken forward for delivery were announced. Phase 1 electrifies the core Edinburgh-Glasgow via Falkirk line and the Cumbernauld lines in time for the Commonwealth Games and delivers the new Edinburgh Gateway Station with connection to Fife line services. Network Rail are currently delivering Haymarket Station Capacity and Electrification Advance route clearance works with a combined value of £55 million.

In November 2012, the Deputy First Minister announced the planning for High Speed Rail between Edinburgh and Glasgow. We will plan for a new line allowing journey times of less than 30 minutes between the cities, and a link to the West Coast Main Line. We will also work with Department for Transport (DfT) on the further planning of the High Speed 2 network, including route options for high speed connections between Scotland and England.

Other significant milestones include: