In the context of this study, two categories of passenger train are defined: Light Railways and Tramways. Generally, tram systems operate in a mixed traffic environment (road / rail / pedestrian) and are required to operate safely at speeds for which driver braking is acceptable. Light Rail systems are generally segregated. Segregation permits higher operating speeds using signal control and automatic braking systems. Tram stock can operate at reasonably high speeds if segregated. For instance, the proposed Edinburgh tram vehicle is capable of 80 km/hr.

Another point of difference is the method of power delivery. Trams are required to operate in proximity to the general public. Their power delivery system must be isolated - generally via an OLE catenary system. Segregated light rail system may also adopt other systems such as third rail electrification (3RE)

The Office of Rail Regulation (ORR) publication Guidance On Tramways (RSP2) defines a 'tramway' as follows:

A system of transport used wholly or mainly for the carriage of passengers, employing parallel rails which provide support and guidance for vehicles carried on flanged wheels, and in respect of which:

(a) the rails are laid in a place to which public have access; and

(b) on any part of the system, the permitted speed of operation of the vehicles is limited to that which enables the driver of any such vehicle to stop it within the distance he can see to be clear ahead ('operation by line-of-sight').

Three 'Categories' are defined. The category required for the Forth Bridge situation is an 'Off-street Tramway' - one wholly segregated from the normal highway. The Guidance goes on to say that:

An entirely off-street tramway ..... may be more appropriately regarded as a railway, in respect of which the guidance contained in RSPG Part 2 Sections A to E is likely to be more relevant.

For this report the following definitions are used:

Given the lack of code specification for light rail systems, a review of several important light rail / tram systems and their characteristics follows:

In addition the following have been reviewed:

(Refer to table below)

By way of example, the Luas light rail system (Dublin) required poles of 325 mm diameter; height to fixing of 8m and a minimum lateral clearance to traction pole 750 mm to DKE.

The following parameters are assumed:

Thus, the total width required for the light rail would be:

For twin track system (no refuge):

The proposed design load of LM71 with _= 0.25, described in the previous section, should cover all of the systems reviewed above.

For the purpose of this study, conventional rails on timber sleepers sitting on steel stringer beams (similar to that used on the Tagus Bridge), has been assumed: 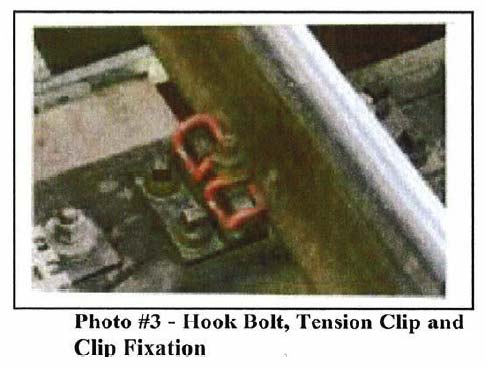 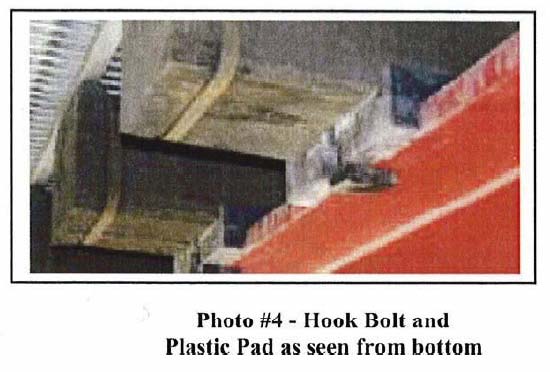 For the purposes of this study, conventional concrete plinths along the line of the rails have been assumed. These are likely to present an upper bound to the additional loading demand for railway conversion work.

A check-rail system is assumed to provide derailment containment for the present study.

The sleepers will be decked over with a lightweight grating system which preserves the permeability of the deck yet permits reasonable safe access either in an emergency 'detraining' incident or for routine maintenance.

For the purposes of geometric functionality, it is assumed that the road speed is 80 kph. This allows N1 containment (according to the current standards) and a working width W1 of 600 mm or less. This study assumes 600 mm allowance. If high containment parapets are required this width may increase to 1000 mm. Whilst this change will not have a significant effect on the global static behaviour of the bridge, the available width of functional carriageway will, of course, be reduced.

It is worth noting that changes to the parapet system may change the aerodynamic characteristics of the bridge deck. This will have to be considered in subsequent studies.

It is assumed that pedestrians will not have access to the carriageway or railway except in emergency. Parapet height will be 1250 mm minimum (ORR documents).

The design of the parapets will have to incorporate points of entry to the rail corridor to permit entry and exit in an emergency and for routine maintenance.