7. Assessment of Options for Approach Spans

An orthotropic deck has not been considered for the approaches due to the high cost of the steelwork which would be required. Whilst the additional expense is justified for the cable stayed bridge where significant savings can be made in the stay cables and tower due to the lighter deck weight, the same savings are not achievable in the approaches.

The natural choice for the approach spans is to continue with the composite deck section right through to the abutments. This has clear advantages for the visual continuity between main bridge and approach. It also offers the potential of structural continuity between the two elements. Composite construction is generally a competitive economic solution for the 80 - 90 m spans proposed here. However, due to the large width and use of stiffened steel plate soffit, it is not clear if it maintains this economy for this particular configuration. Composite construction offers the option of push launching from the abutments. The approach bridge for this option is illustrated in Drawing FRC/C/076/S/301

Although the composite deck approach spans is undoubtedly aesthetically favourable since it provides perfect visual continuity with the main span deck, this may result in increased cost compared to a concrete deck approach bridge. A concrete option has therefore been developed to allow comparative cost estimates to be carried out and allow the cost-benefit of the composite option to be assessed.

The prestressed concrete option has been designed to provide a reasonable balance of aesthetics and cost. The key driver for aesthetics is of course visual continuity with the main spans and whilst this cannot be achieved as perfectly as for the composite box girder option certain measures can be adopted in the design which provide for a reasonable synergy between the cable stayed bridge and the approaches:

For the double level options, the only aesthetically viable solution is for the approaches to be a truss of the same form as that adopted for the cable stayed bridge.

For the Warren Truss options, whether Two Plane or Four Plane, the superstructure is well suited to being continued into the approach spans with no discernible variation in structural form. Spans of 144 m are considered to be the most economic solution, albeit with shorter end spans.

The Vierendeel Truss is less well suited to the approach spans on account of its relatively poor capability to carry large global shears arising from self weight effects. As a result the end bays of the truss are provided with diagonal web members. These are orientated to act in tension and as such can be relatively slender. Nevertheless, the appearance of the structure is unavoidably modified.

The pier is a very important feature in providing visual continuity between the cable stayed bridge and the approach spans. The factors which have been addressed are: 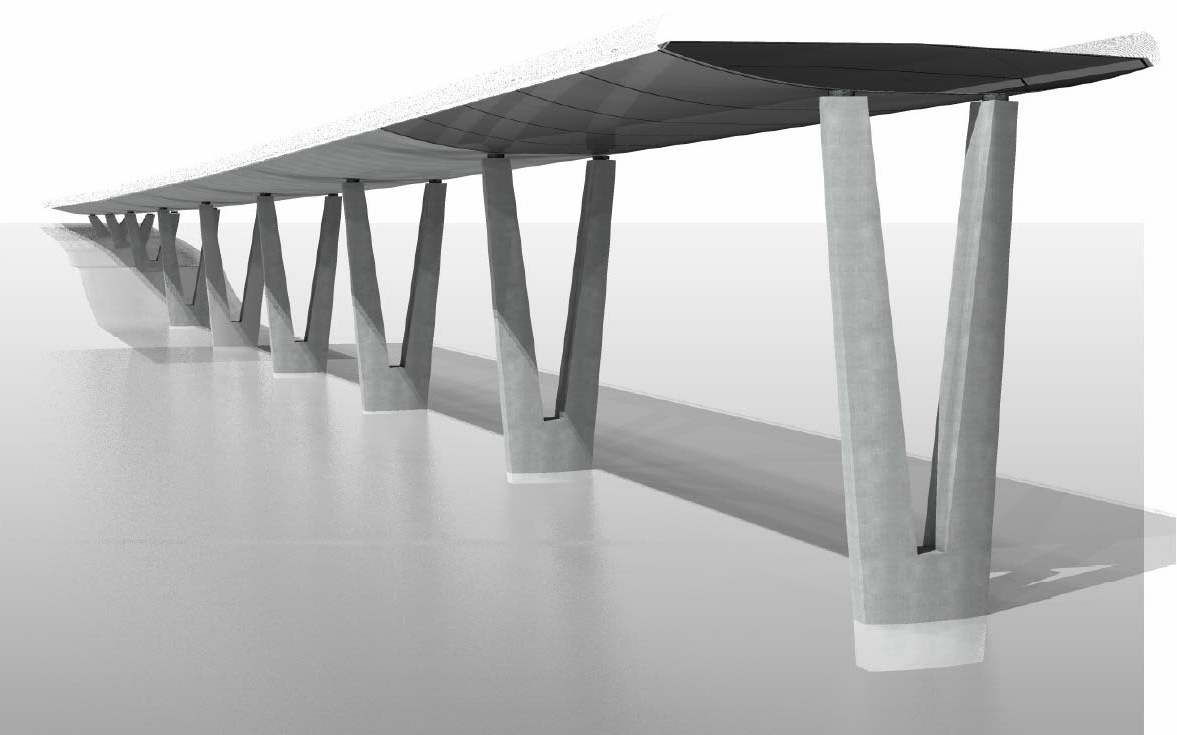 Both the Needle and the Inverted Y towers have common features of curved faces, inclined legs and a connection between the legs at water level. These features are adopted in the approach piers. The small variation in pier height over water due to the vertical profile of the bridge is planned to be accommodated by cropping the top of the pier so that the shape of the pier remains constant. The large variation in pier height over land is achieved by varying the inclination of the legs which results in a small number of unique pier shapes. 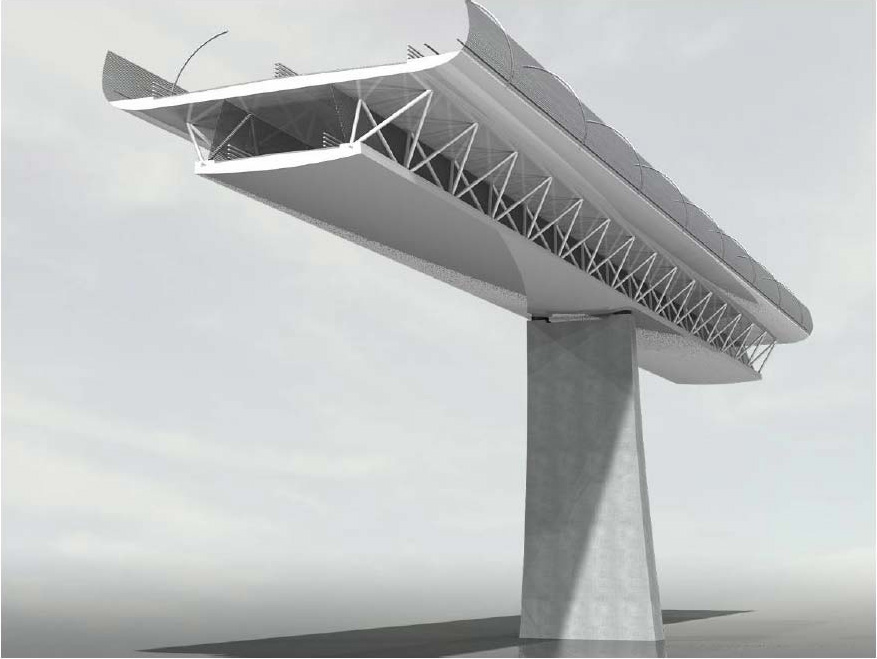