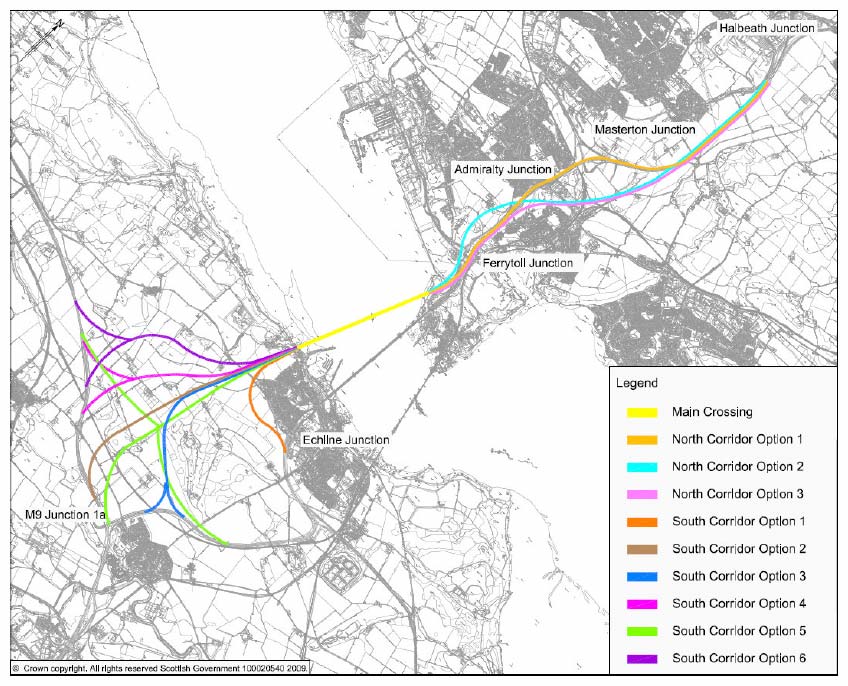 A sifting workshop was held with Transport Scotland on 5 March 2008 following an initial assessment of the nine route corridor options in relation to environmental impact, cost, geotechnical issues associated with mine workings, and economic/ transportation performance. Three options in the Southern Study Area (South Corridor Options 4, 5 and 6) were not deemed to be viable. The route corridor options carried forward for further assessment were as follows:

Following further assessment of the above route corridor options, the following options were recommended for DMRB Stage 2 Corridor Assessment:

Whilst the South Corridor Option 3 mainline could be implemented fully in association with the proposed replacement bridge, the junction arrangement required to the M9 and M9 Spur was assessed to be complex, requiring multiple structures to implement. The proximity of existing roads and the Falkirk-Fife Railway Line to the proposed junction location makes the provision of connections to all routes extremely difficult. A substantial number of departures from standard would be required. South Corridor Option 3 would also require the greatest number of residential property demolitions when compared with the other southern route corridor options available. 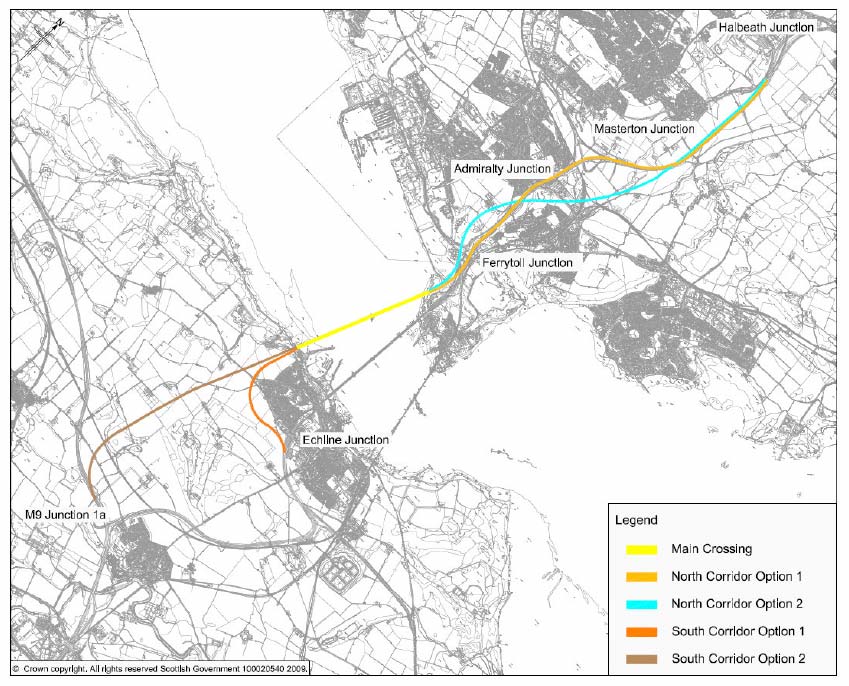