The Roadmap established that the Scottish Government, the wider public sector and industry decision-makers will all individually and collectively need to establish the necessary policy frameworks to both guide and accelerate the widespread adoption of plug-in vehicles. Embedding plug-in vehicles into relevant national, local and organisational policies and strategies will motivate the required support, funding and commitments to change. It will also help to realise the full potential for plug-in vehicles to contribute to advances in related policy objectives.

In January 2016, Transport Scotland published a refresh of the National Transport Strategy (NTS). The refresh restated the key strategic outcome to reduce emissions to tackle climate change and improve air quality. The Roadmap and its vision feature in the strategy in relation to decarbonisation of road transport. The refresh also recommended a 'fuller, collaborative review of the NTS to the next Scottish Government', and in August 2016 the Minister for Transport and the Islands confirmed that the review will commence in 2016/17. The review will provide an opportunity to further explore the role plug-in vehicles can play in achieving a cleaner, more sustainable road transport sector in Scotland.

The next iteration of the Scottish Government's Climate Change Plan is scheduled to be laid in Parliament in January 2017. Transport Scotland has stated that accelerating the widespread adoption of plug-in vehicles and other ultra-low emission vehicles (ULEVs), such as hydrogen fuel cell buses, will continue to be a vital strand of its activity to reduce emissions from road transport.

In November 2015, the Scottish Government published Cleaner Air for Scotland, its low emission strategy. The document outlines a vision that 'Scotland's air quality will be the best in Europe', and also confirms the commitment to decarbonise transport, clearly making the links between transport, air quality and health. The strategy makes a commitment to continue to deliver the actions contained in the Roadmap in relation to increasing uptake of plug-in vehicles. 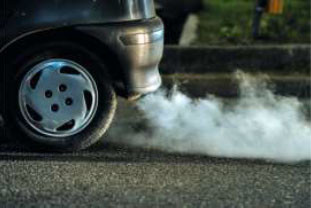 High level planning policy in Scotland recognises the importance of considering plug-in vehicle charging infrastructure in new developments. Supportive text is included in both the Third National Planning Framework and the Scottish Planning Policy 2014, with the latter stating that 'Consideration should be given to how proposed development will contribute to fulfilling the objectives of Switched On Scotland…. Electric vehicle charge points should always be considered as part of any new development and provided where appropriate.' In addition, permitted development rights for off-road charge points came into force on 30 June 2014. This allows for the installation of charge points (with restrictions), without the need for an application for planning permission[5].

Councils are required to review their development plan at least every five years, including supplementary guidance, therefore the proportion of LDPs including provision for charge points should increase over time.