A9 Dualling: Luncarty to Pass of Birnam - Construction update - Autumn 2019

During Autumn 2019, the project moved into another exciting phase with the first layers of the new road being laid at the southern section of the site, between the Luncarty and Stanley junctions. Road users can now see the new northbound carriageway as they travel north of Luncarty. 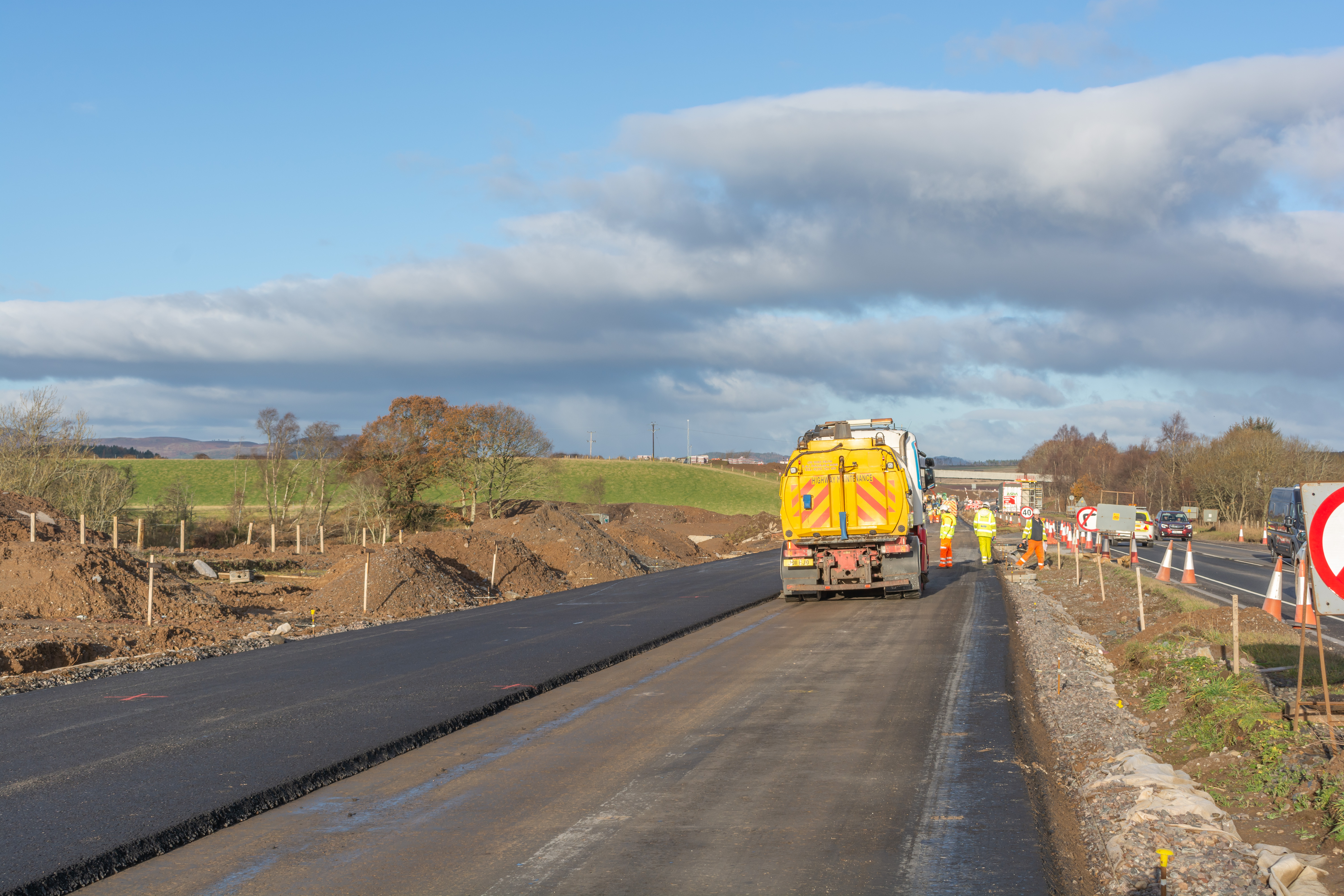 Once the southern section of the pavement operations are complete, surfacing operations will move to the north of the project to commence forming the new southbound carriageway working south towards Bankfoot.

Culvert extensions and head walls have now been completed including two large culverts at the Shochie and Ordie burns. The drainage adjacent to the carriageway was also progressed ahead of the new road construction which includes connections below the existing road. These connections allow the surface water run-off to flow to the SuDS (Sustainable Drainage Systems) ponds. In addition to the drainage, kerbing for the new carriageway has also commenced and road users will see this in place at the new carriageway north of Luncarty and also at the north end of the site, ahead of the new road being laid.

Earthworks for the project this period focused on embankment construction at the new Stanley/Tullybelton junction. The structures were also backfilled as the construction of the concrete supports and decks progressed.

Good progress was made on two more structures, with the successful installation of precast concrete beams at both Pitlandie and Coltrannie overbridges during full overnight closures of the A9 at the end of November. 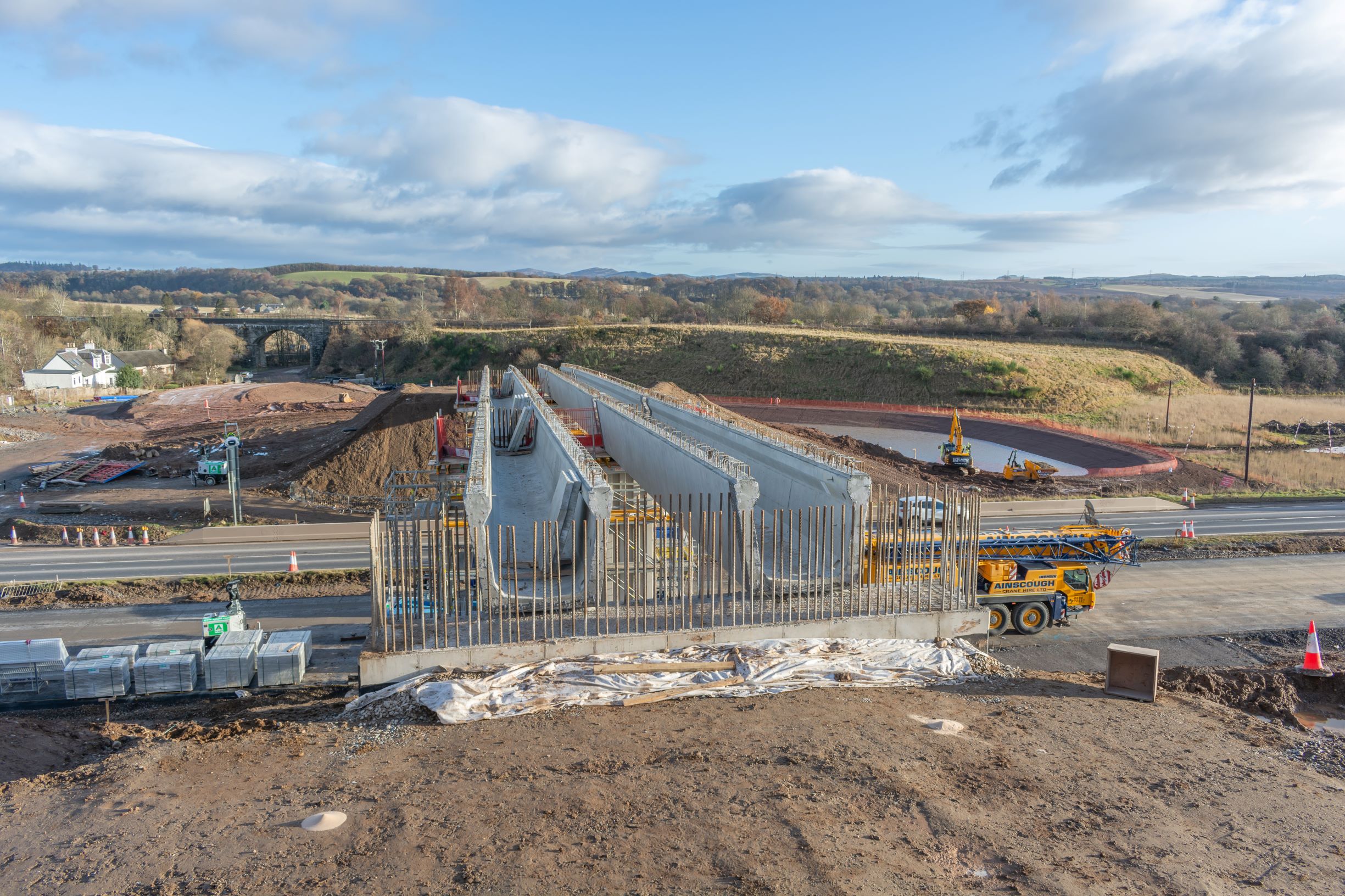 These two important structures will provide new safer access for residents and farmers who live and work adjacent to the A9. These new accesses will also allow the existing accesses off the A9 to be closed to help improve road safety along this section of the A9. See a timelapse video of the beams being installed.

During the overnight closures works at drainage crossings and general maintenance of the traffic management were also undertaken along with refreshing temporary white lines at junctions throughout the site.