A9 Dualling: Luncarty to Pass of Birnam - Construction update - Autumn 2020

Road surfacing works progressed at pace along the mainline A9 with significant progress noticeable at various locations throughout the site.

Works continued to construct the slip roads at the new Stanley/Tullybelton Junction and the Luncarty Link Road throughout September, and by the end of the month, the new Luncarty Link Road was opened to traffic for the first time.

Surfacing of the new southbound A9 carriageway continued between Bankfoot North Junction and Luncarty North Junction ahead of a new phase of traffic management. As part of this new traffic management arrangement, A9 traffic was successfully switched onto this new section of carriageway between the two junctions on 17 November, meaning road users are able to drive on new A9 carriageway for the entire journey through the works area.

This traffic switch allowed works to progress on several other key areas of the project. The contractor was able to commence works to upgrade Bankfoot South Junction and the now unlocked existing A9 carriageway between Luncarty and Bankfoot North Junction.

In addition, the slip roads on the east side of the new Stanley/Tullybelton Junction came into operation, providing access to the U38 Stanley Road and the new Luncarty Link Road, while the existing at grade junction to the north of Luncarty closed permanently. 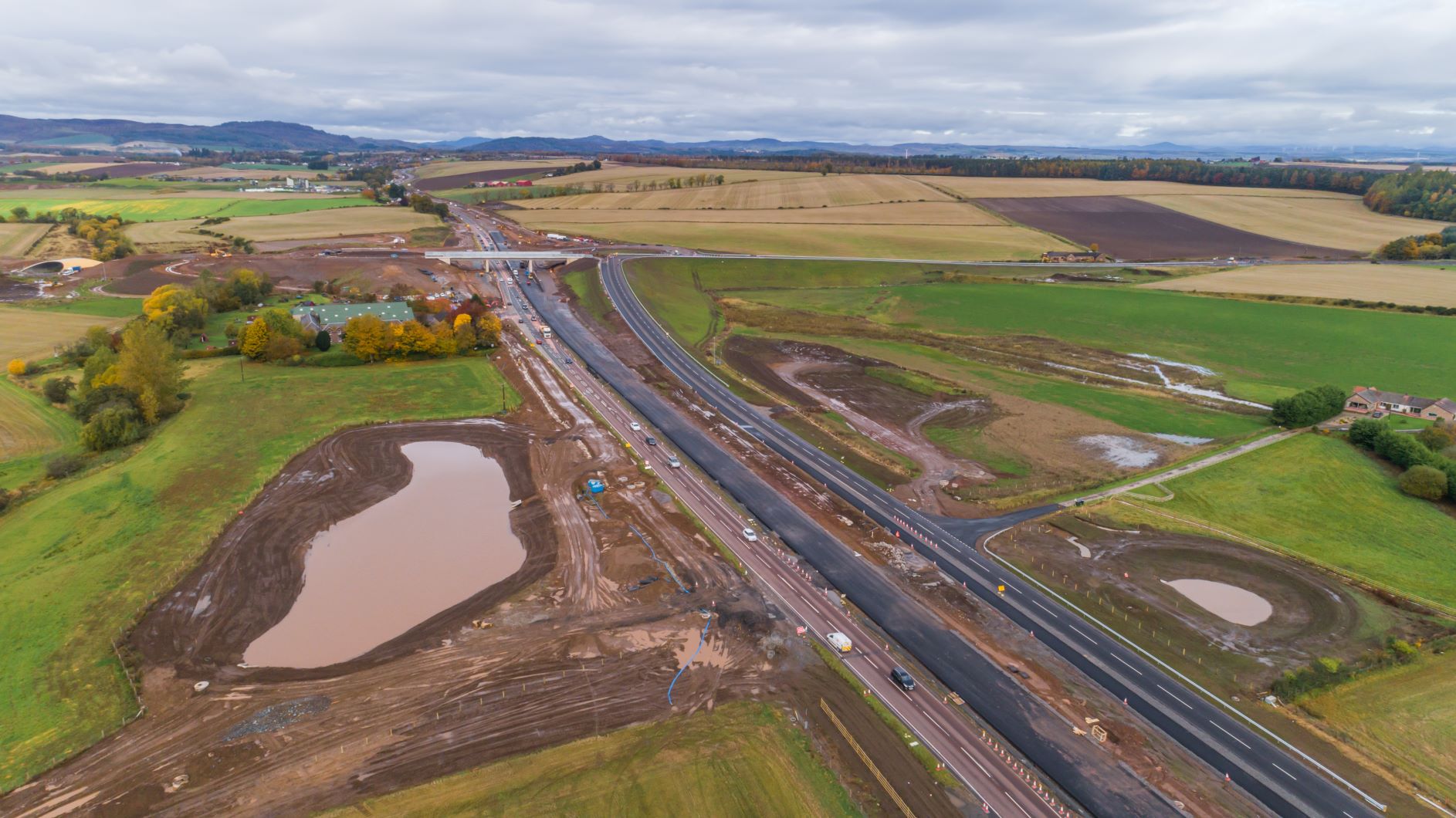 Works on the old A9 carriageway included planing off the old road surfacing. This is being re-used elsewhere on the project in the foundation layers of some of the access tracks being constructed as part of the works. Carriageway drainage and cross carriageway culvert installations were also progressed in recent months along the alignment of the old A9.

With the bulk of the works to the structures completed earlier in 2020, some finishing works were carried out in the period, including waterproofing of some of the bridge decks. Waterproofing and backfilling also continued on the BEBO arch structure which forms the new Ordie Burn overbridge to the West of Newmill Farm. 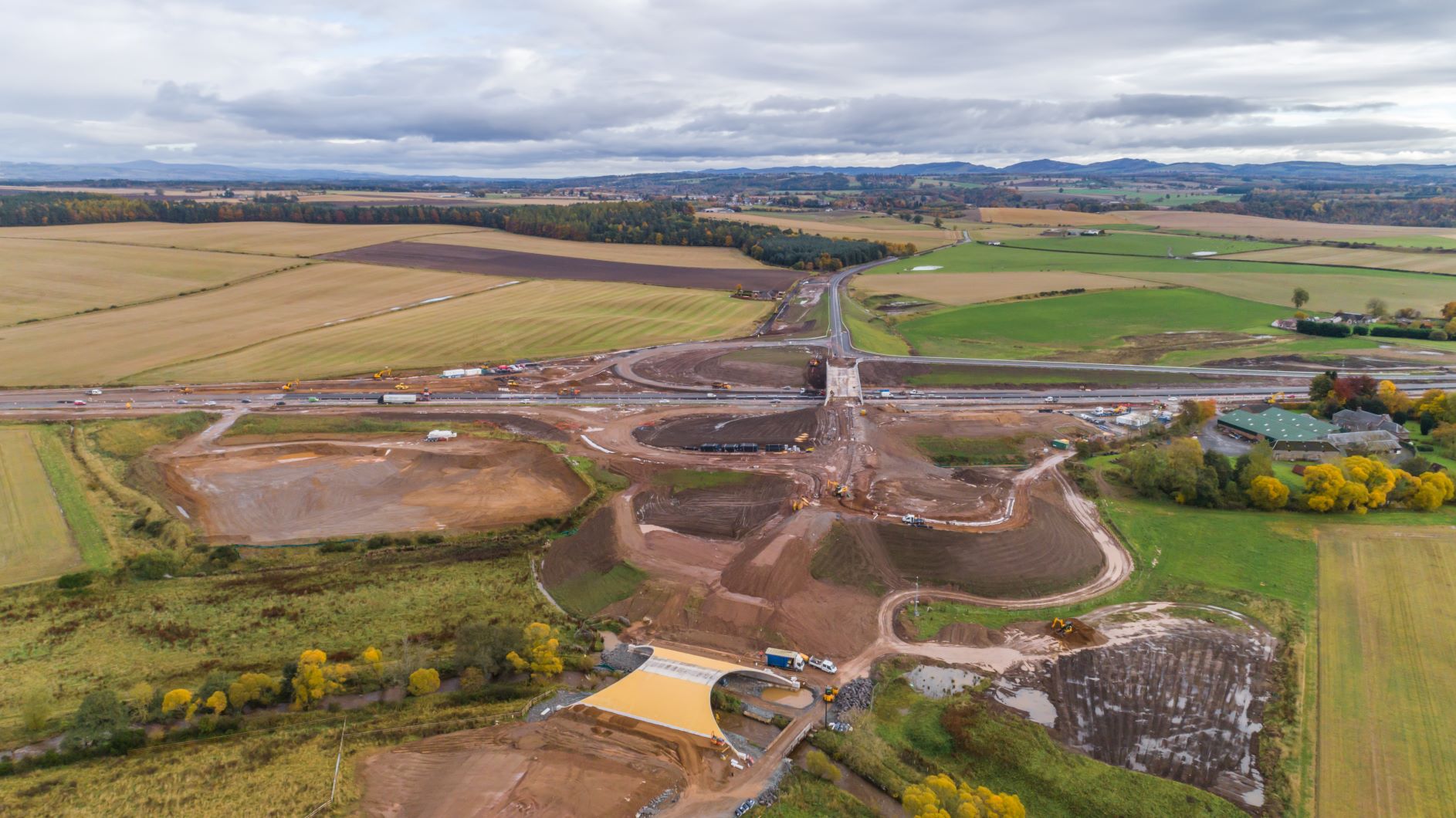 Landscaping has also continued throughout Autumn with new planting areas being completed on the large eastern cut slopes between Bankfoot and the new Stanley/Tullybelton Junction. 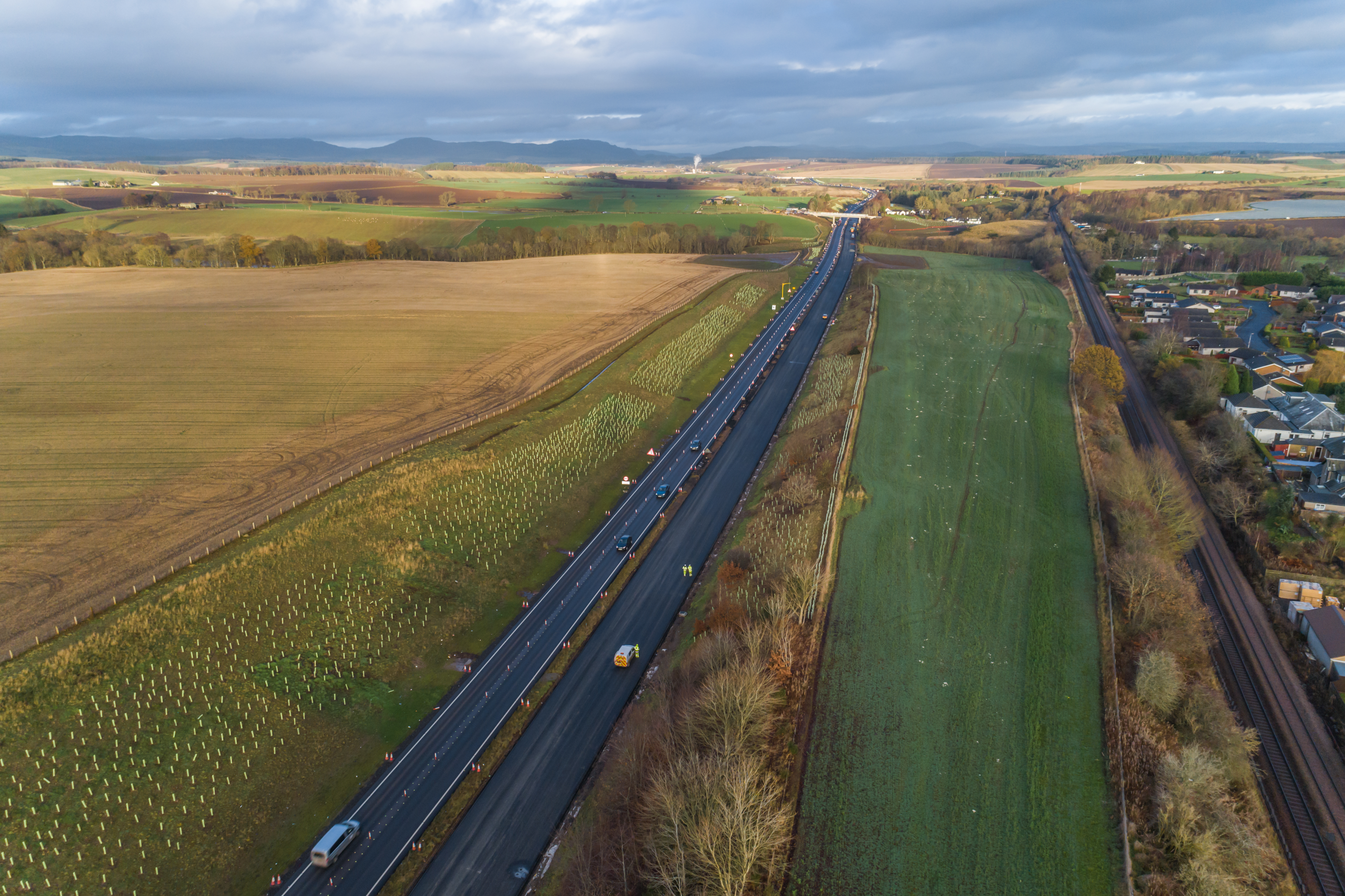