A9 Dualling: Luncarty to Pass of Birnam - Construction update - Summer 2020

The construction site remained closed, to ensure the safety of the workforce, due to the Coronavirus Pandemic throughout late Spring and into early Summer 2020. During this time, our contractor Balfour Beatty, provided a skeleton team to oversee essential services such as site safety and security, and to monitor the traffic management to ensure the safe operation of the A9.

By early June 2020, our contractor was able to proceed with planning and pre-start preparations on site, following the Scottish Government’s up-date to the construction sector guidance. This enabled the project team to undertake works to site offices and welfare facilities in preparation for construction restarting.

These preparatory works involved significant alterations to the site offices and welfare facilities to comply with Scottish Government guidelines on hygiene and physical distancing, and the development of a robust series of new operating procedures to monitor and control every aspect of the working day to keep site staff safe.

The project team welcomed the news that work could gradually recommence on site from 22nd June 2020, and with the new operating procedures firmly in place, construction began the very next day. Works commenced on plaNning out the existing carriageway surface between Luncarty North and South Junctions and new surfacing operations got underway at the northern end of the project, between the new Coltrannie overbridge and Bankfoot North Junction. 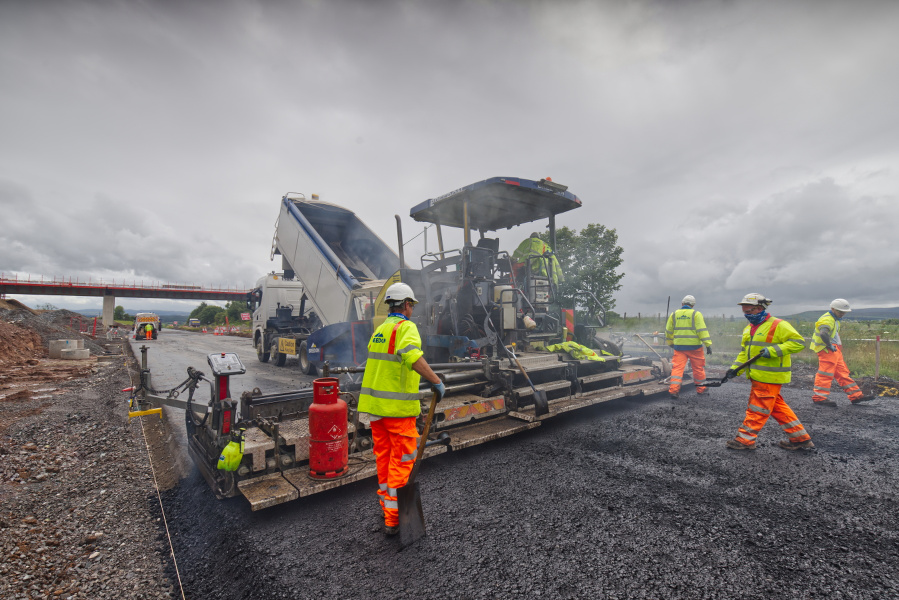 A new access track adjacent to the Pitlandie overbridge near Luncarty was completed and permanent fencing was erected at this location to de-lineate the highway boundary and keep animals away from the road corridor.

The structures team restarted works to the wing walls at Pitlandie and Coltrannie overbridges and poured concrete for the retaining wall at the Ordie burn culvert on the east of the A9 and south of Luncarty North Junction.

The earthworks teams prepared the foundation layer of approximately 4km of new southbound carriageway between Pitlandie overbridge and Bankfoot South Junction, with sub-base material also being laid in preparation for road construction. The slip roads on the new Stanley/Tullybelton Junction also began to take shape to the east of the A9 carriageway. 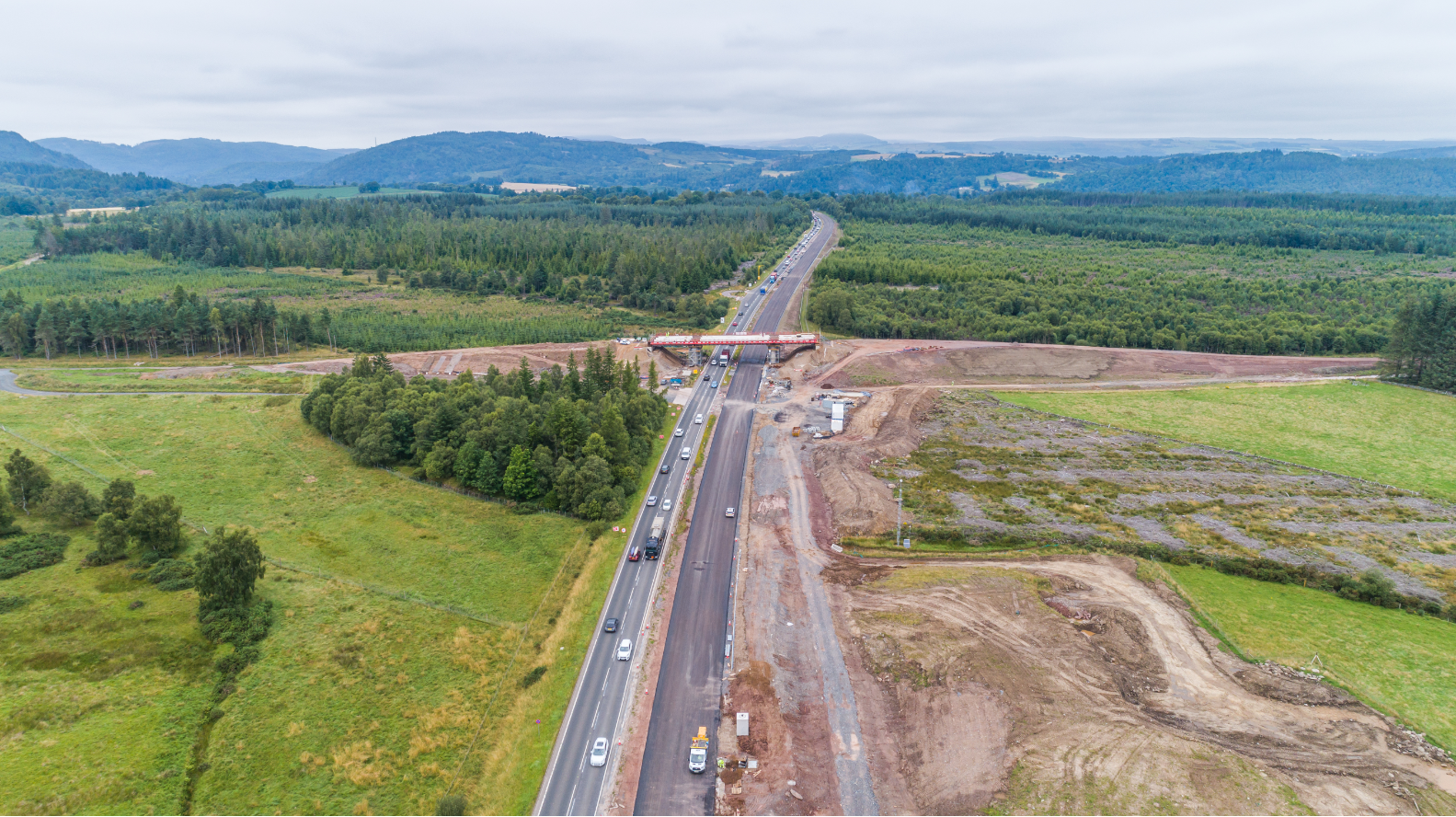 Work continued to progress the construction of the slip roads at the new Stanley/Tullybelton Junction and the Luncarty Link Road in anticipation of them opening to traffic for the first time in Autumn when the U38 Stanley Road will also re-open to traffic. 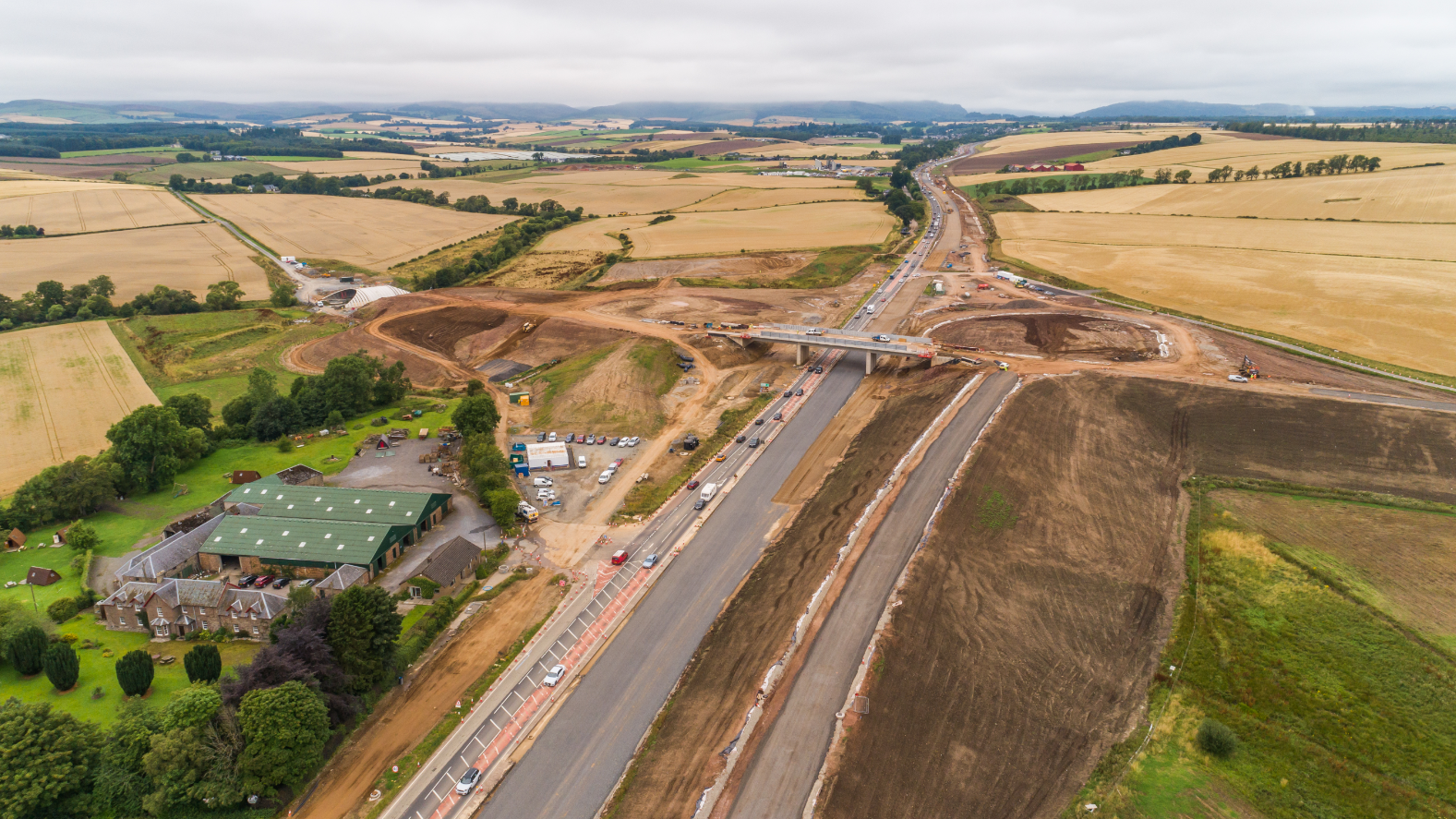 The project achieved an important construction milestone at the end of August as the traffic management team worked through the night to transfer traffic onto a new 3km section of the southbound carriageway from Gelly to Bankfoot North Junction. This key stage in the construction programme enabled work to begin on the existing carriageway, which will be removed and reconstructed to form the new northbound dual carriageway. 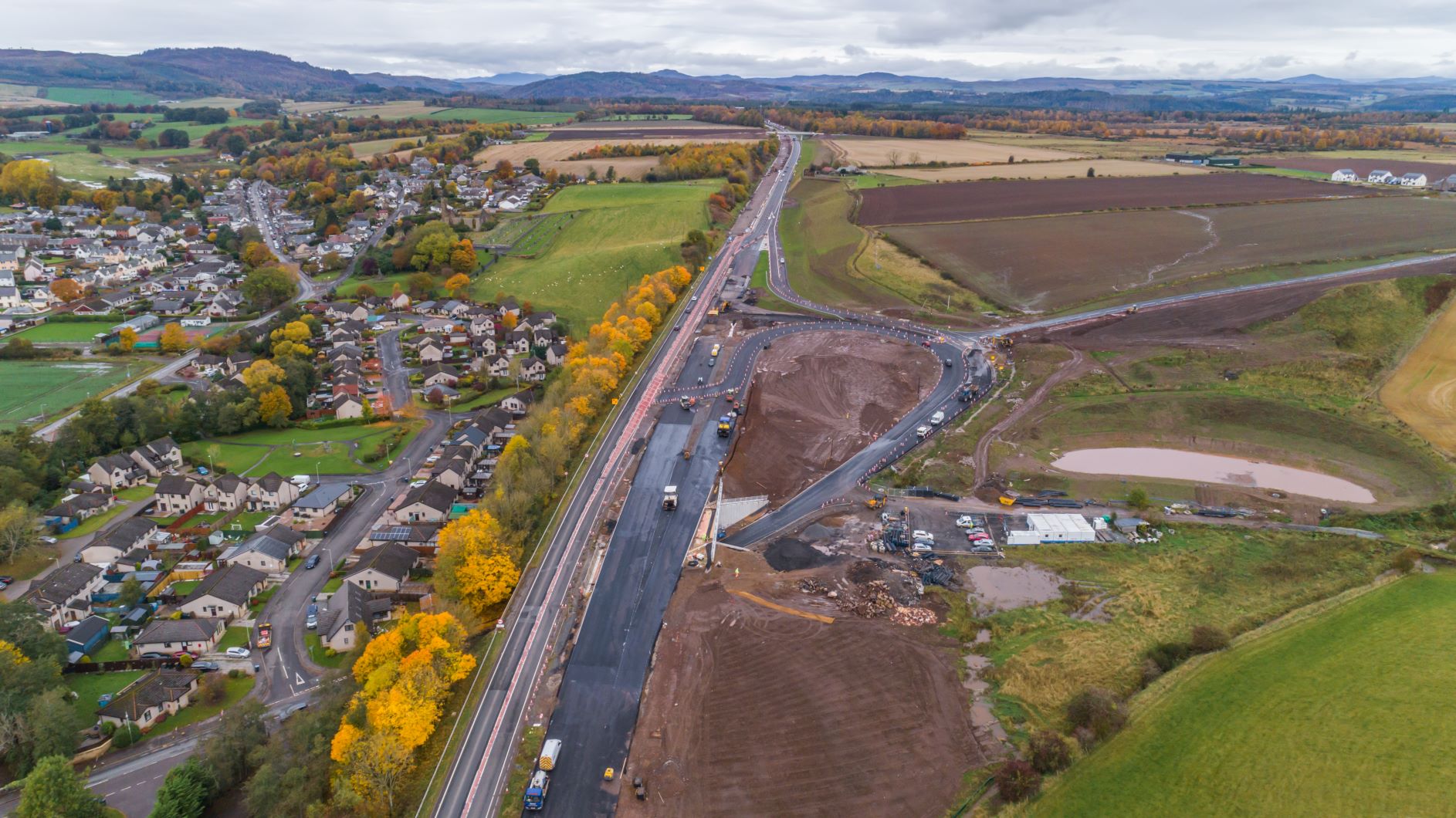 Work continued on the construction of the BEBO™ arch structure on the U32 over Ordie Burn which will replace the old stone bridge to the west of Newmill Farm.

The pre-cast concrete arch structure was completed and earthworks operations to backfill the area and create the approach embankments around the bridge commenced. The image below shows the impressive structure of the arch prior to it being covered with earth. 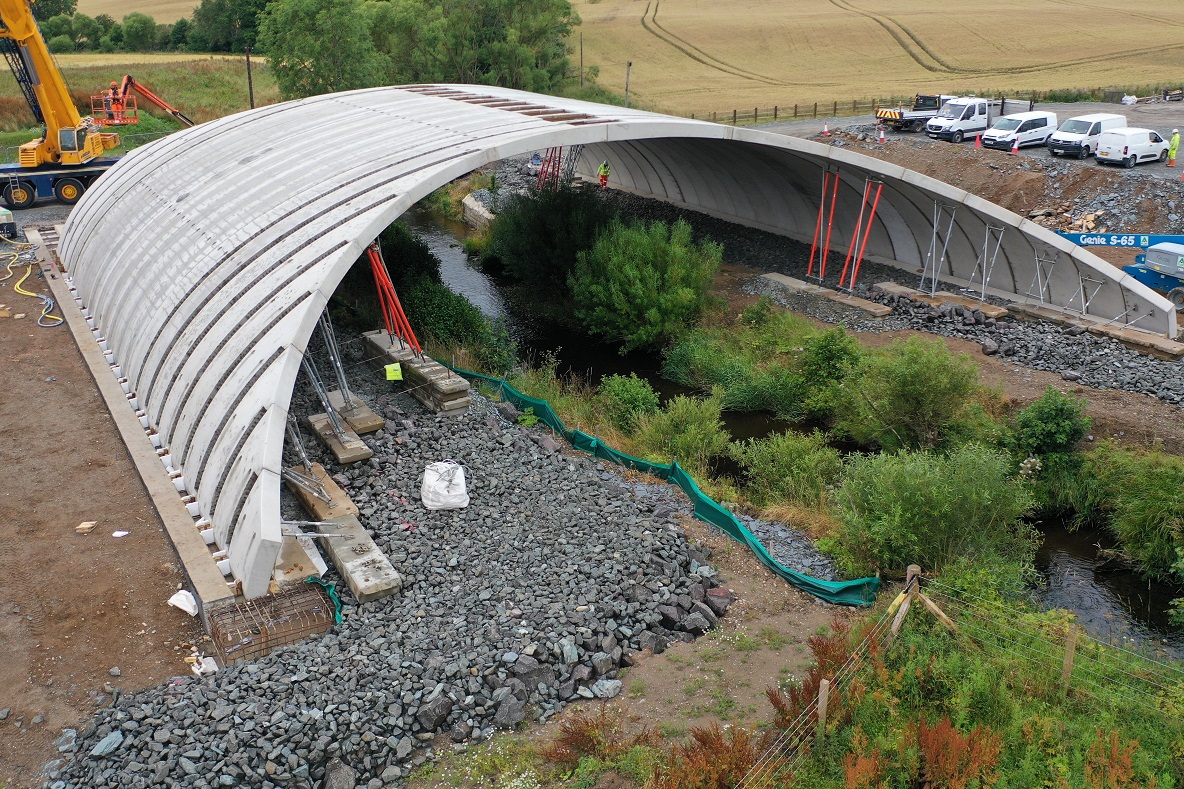