A9 Dualling: Luncarty to Pass of Birnam - Construction update - Winter 2019/20

Despite adverse weather creating challenging working conditions in February, bridge beam lifting operations at Gelly overbridge were successfully completed during two overnight closures of the A9 on 18 and 19 February, rather than the three nights originally planned. The project team were able to carry out the finishing works to the beam lift operation on the third night under temporary traffic lights, which minimised disruption to road users allowing the road to remain open overnight on the 20 February. 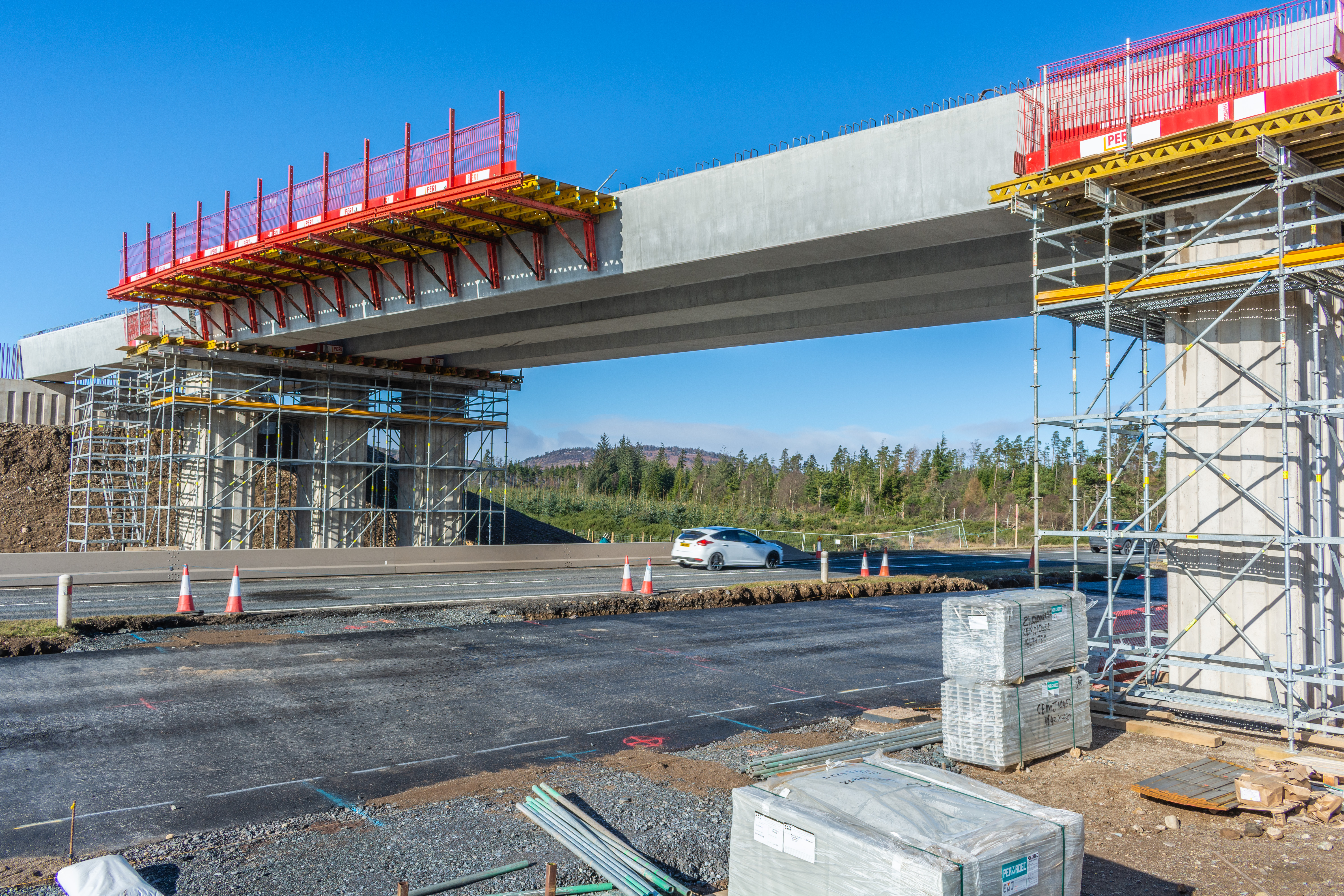 During Winter 2019/20, the project team have been busy laying cement bound granular material (CBGM) as the base of the new southbound carriageway.

Work also continued on the installation of the drainage network, tying in new road drainage to the network of Sustainable Drainage System Ponds (SuDS) that have been constructed throughout the project, some of which are now visible to passing road users.

Earth moving operations continued at Bankfoot North Junction during January and February with some 27,000m3 of earth placed in the vicinity of the new Hunters Lodge Underbridge extension. This material is being excavated from other areas within the site to fill the area surrounding the structure. 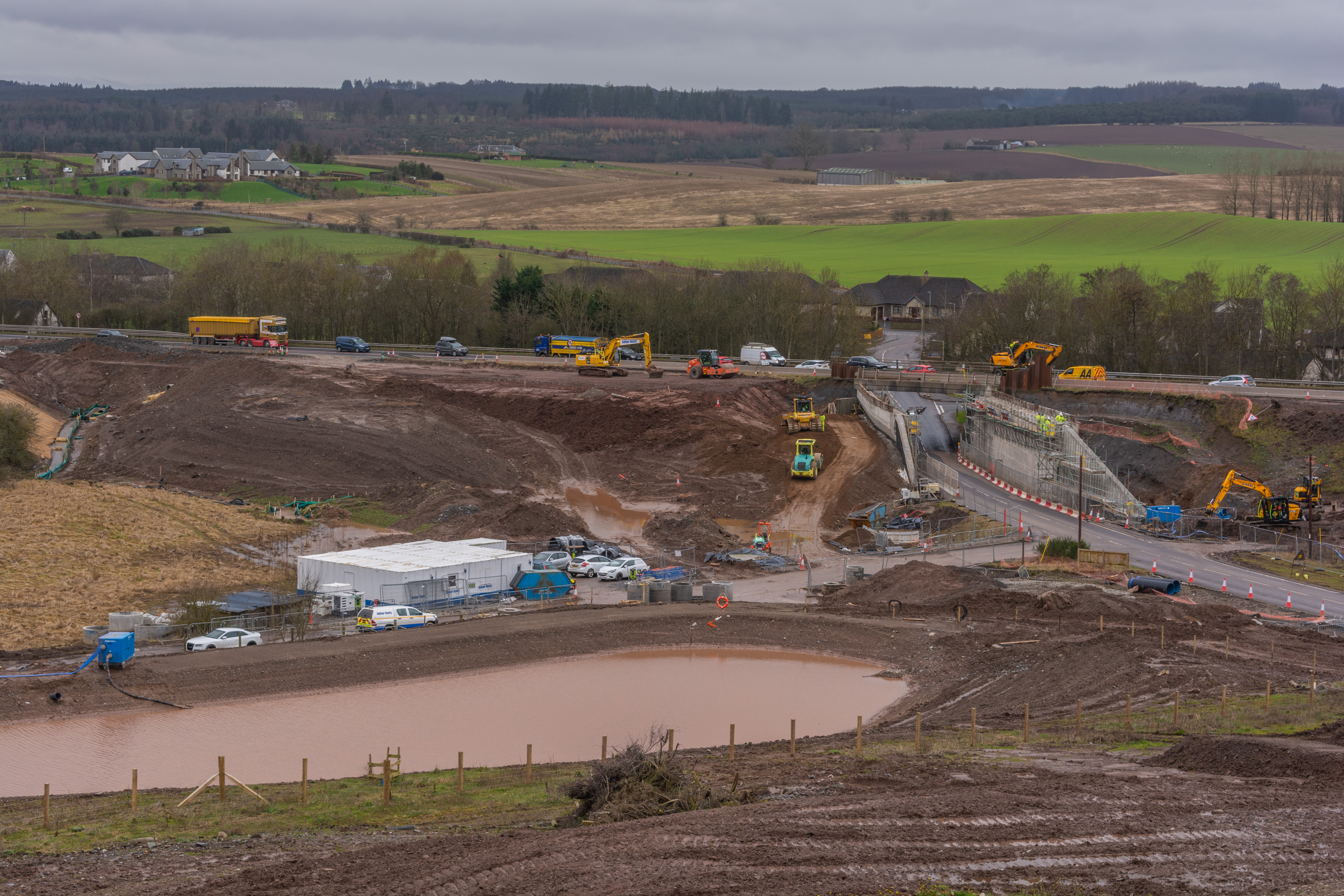 The construction of the concrete bridge decks at the Pitlandie and Coltrannie overbridges, following their beam installation in late 2019, has also progressed within the period. The concrete deck at the new Stanley/Tullybelton overbridge was completed allowing site traffic to transport material over the A9 without affecting road users.

Landscaping works also got underway and road users and residents will have noticed that several hundred trees have now been planted on the verges and slopes adjacent to the newly constructed carriageway. 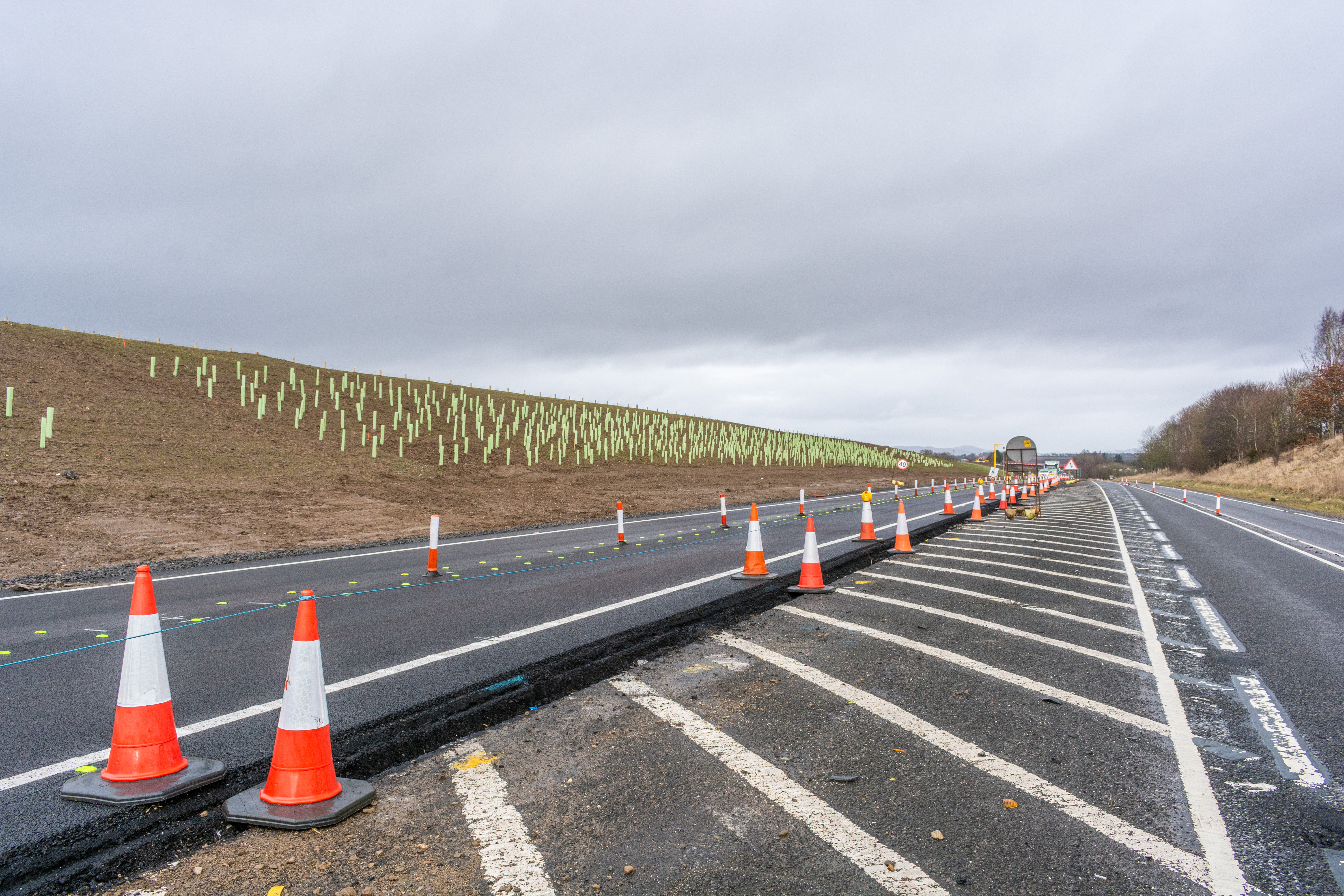