A9 Dualling: Luncarty to Pass of Birnam - Construction update - Winter 2020/21 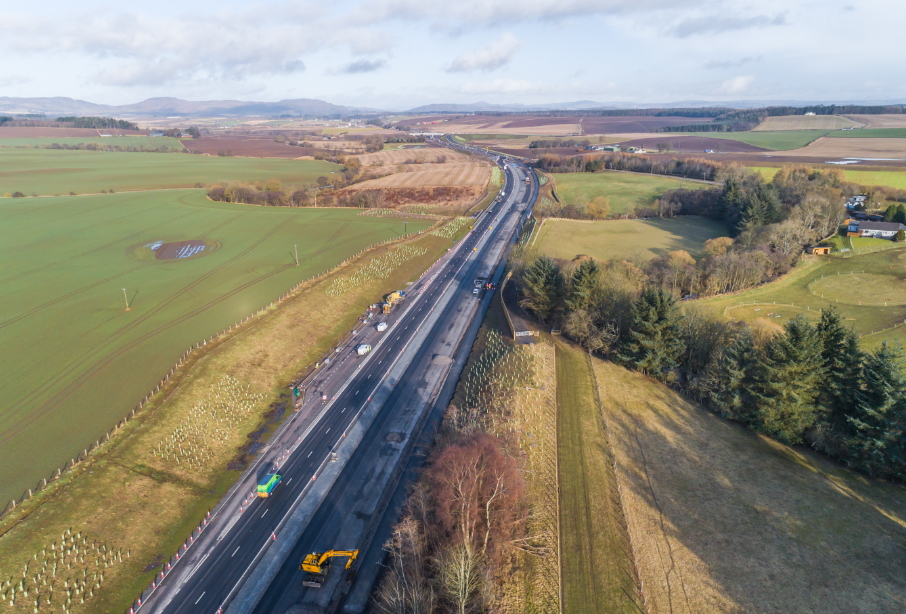 Good progress was made with construction of the new southbound carriageway continuing at the southern end of the project which included laying the various layers of cement bound and asphalt material required to create the new road surface. Work also progressed in this area to create a new footpath/cycleway in parallel with the A9 carriageway, forming part of the new link for non-motorised users, connecting Luncarty and Bankfoot. More information on Active Travel and the new route being constructed as part of the project can be found here. 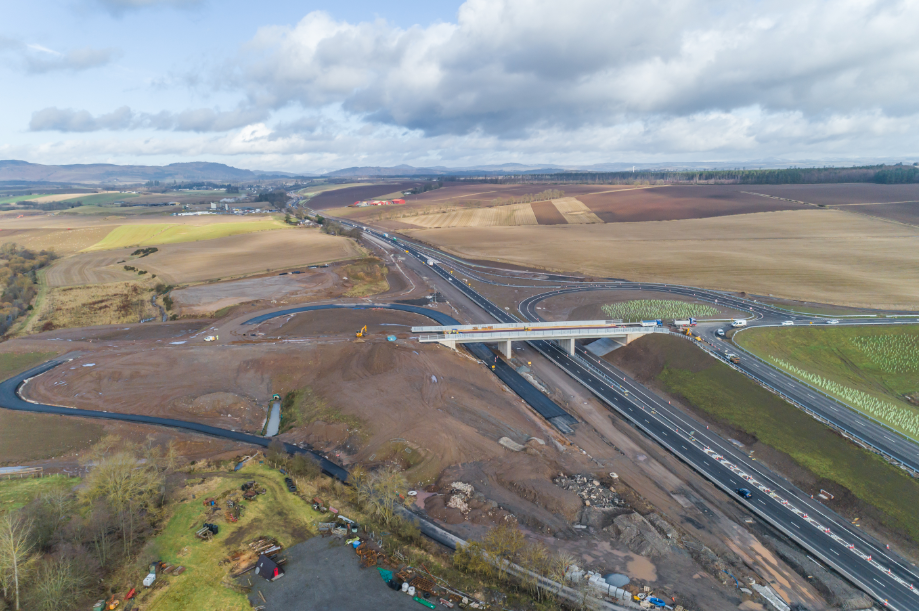 At the new Stanley/Tullybelton Junction, operations focused on the northbound slip roads with drainage and foundation layers being installed ahead of asphalt surfacing on the diverge slip-road.

Between the new Stanley/Tullybelton Junction and Bankfoot North Junction, drainage works continued to progress in the period and were installed for the new northbound carriageway. 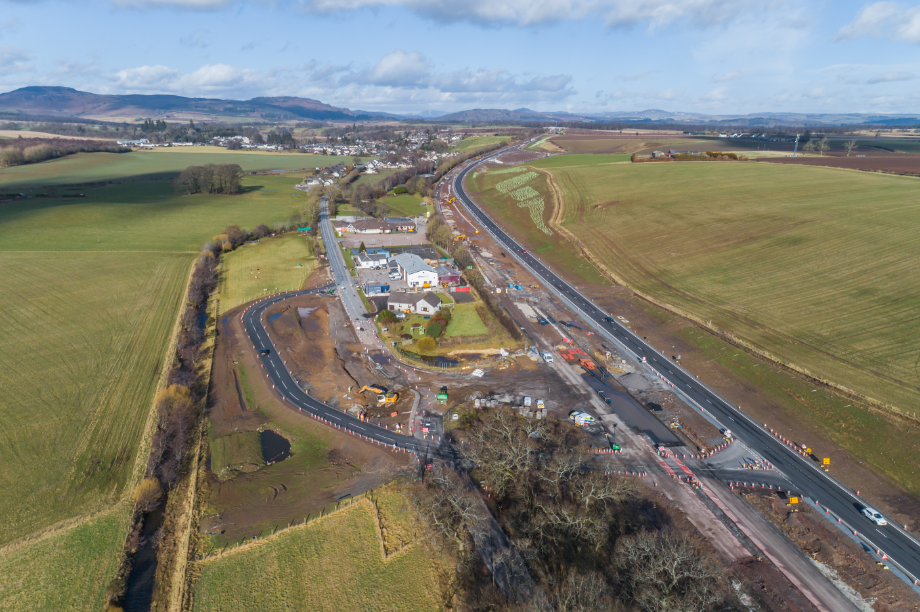 Preparation work was able to get underway to construct the new Bankfoot South Junction in December, with traffic switched onto a temporary diversion at this location prior to the Christmas period. Moving the traffic away from the main junction has allowed several operations to commence here including drainage works for the A9 carriageway, slip road drainage and essential utility diversion works including BT, Scottish Water and National Grid.

At Hunter’s Lodge in Bankfoot, surfacing work was completed to the northern footpath on the C408 following the installation of utilities and the final structural concrete pours to upgrade Hunter’s Lodge overbridge were completed in December, with finishing work being undertaken in parallel.

To the north of Bankfoot, drainage work progressed alongside planing of the existing old northbound A9 carriageway to remove the old surfacing in advance of the road being upgraded. In order to upgrade the existing A9 between Bankfoot North Junction and the northern extent of the project, widening of existing foundation layers was required in advance of the main carriageway construction. Good progress was also made to divert utilities with new cabling and ducting being installed in this area. 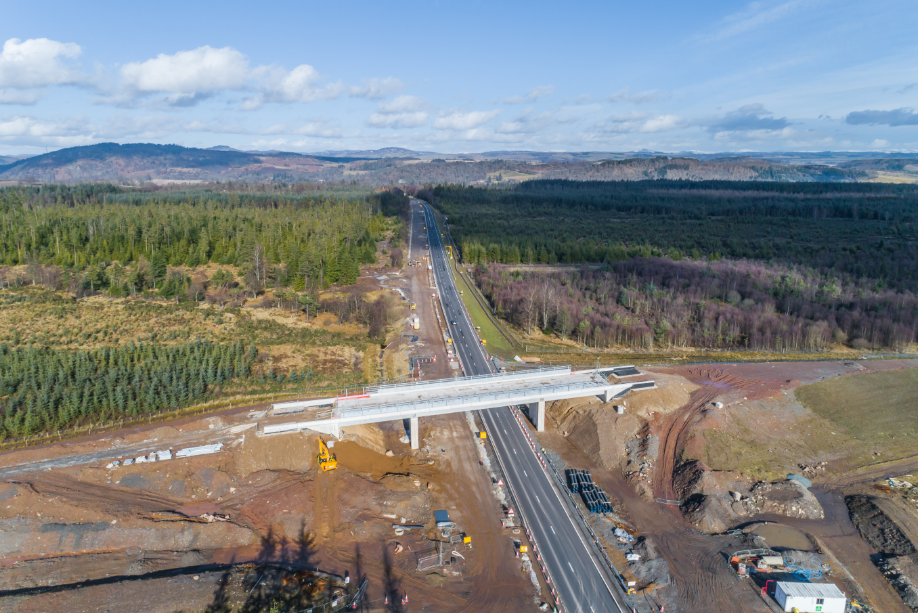 December saw the final structural concrete pours on the project at the Gelly overbridge in the north of the project. Operations on the structures across the project, such as waterproofing and finishing work, recommenced in late February alongside the sand-carpet layer to the Stanley/Tullybelton overbridge, which is placed above the concrete bridge deck in advance of the asphalt surfacing. Progress continued on landscaping to the embankments adjacent to the Stanley/Tullybelton Junction through the winter months, where the weather conditions allowed.