Monitoring performance is a key aspect of the franchise. Transport Scotland monitors the franchisee's quality of service through the Service Quality Incentive Regime (SQUIRE), which is a customer-focused scheme that measures the qualities of facilities at stations and on trains.

SQUIRE has seen several changes within the framework of the new ScotRail franchise, most notably the widening of parameters of the payments and penalties. Additionally, there have also been changes to some benchmark levels, methodologies and the introduction of new aspects within the audit.

The Scottish Government’s commitment to deliver continued customer improvements is reflected in tougher measurements, benchmarks, financial penalties and incentives which inhibit direct comparisons between the SQUIRE results of the previous franchise and the new one.

One key factor introduced with the new franchise is that all penalties from SQUIRE are retained in a fund for re-investment into the Scottish Rail Network. This fund is not used for repairs but for qualitative improvements or new facilities by agreement between both Transport Scotland and ScotRail.

The new and improved SQUIRE system is designed to lead to improvements across facilities, services and fault repairs.

The ScotRail franchise agreement has one of the most stringent passenger facing requirements with both SQUIRE and NRPS targets to be met, ensuring passengers receive a quality service. Both requirements provide a quantitative and qualitative service requirement that ensures a high quality of service is delivered for passengers. Transport Focus recently reviewed the NRPS with assistance from Transport Scotland to make it more effective and we were pleased to assist Transport Scotland in a review of SQUIRE based on our passenger priorities research to point out the schedules and sub-component parts of schedules that are of most importance to passengers."

Early in 2017 the Transport Minister instructed Transport Scotland to meet with ScotRail to discuss potential revisions to the measurements and methodologies of the Service Quality Incentive Regime (SQUIRE). The main issue was to ensure there was a greater focus on issues which had an actual impact on passengers. This was raised as a concern by ScotRail as they advised of issues which would correctly fail within the SQUIRE criteria but had little or negligible impact for passengers. There is provision within the Franchise Agreement, Schedule 7.3, para 15.2, SQUIRE Regime Review,  to review and revise the regime to ensure it was still focused on the best service deliverable.

The simplest method would have been to adjust the penalties within each Service Schedule, however this did not resolve the specific issue that each failure component within Schedules has a different level of importance and impact for passengers. For example; a Ticket Office being closed currently attracts the same penalty as the Passenger Charter not being available for passengers to view at staffed stations.

Transport Scotland and ScotRail met on several occasions to devise a new approach with input from Transport Focus, the transport watchdog body and passenger champion. These discussions resulted in Transport Scotland suggesting and developing a process which initially would identify and categorise all aspects inspected within the regime into 3 main areas of high, moderate and low passenger impact. The current correlation is an inflexible binary calculation which requires every asset to be recorded either as a pass or a fail. There isn’t an opportunity to consider the severity or impact for passengers. The new process will now see each individual element being “weighted” based on perceived passenger impact. The weighting attributed can range from x 0.25 up to x 1.5.

This initiative was agreed as the most practical and fair method as it would result in failures recorded against more important passenger services or facilities being exposed a heavier weighting with minor issues attracting a lesser weighting. It must be emphasised that it is not a sliding scale of weighting within each schedule, each component was judged on its own merits and weighted accordingly.

Both parties had the opportunity in isolation to attribute their own weighting to each element within the Service Schedules and it is noteworthy that the vast majority, when compared, were actually identical. Those which differed were negotiated to agreement.

It is important to note everything which currently fails for SQUIRE will continue to do so, the revisions will only change the weight which each fail influences the overall score.

Transport Scotland commissioned Leidios (previously Lochhead Martin), to develop an enhancement to the automated system it had already provided for the start of the new Franchise. This will provide a dual methodology for recording the weighted calculations based on either a pre-determined weighting or an assessed weighting considered at the time of inspection based on the severity of the issue. Transport Scotland have been conducting in depth user acceptance testing for several months. Due to the complexities of the new system it the intention to manually calculate the first 3 rail periods data in parallel with the new system to enable an exact cross reference to check the new system is fully operational and calculates as expected.

Unlike previous Franchises all penalties accrued from the Service Quality Incentive Regime are retained within the SQUIRE Investment Fund. The initial process requires ScotRail to make proposals of projects and initiatives for Transport Scotland’s consideration. The criteria required for proposals are outlined below.

If on the occasion ScotRail do not make representation of proposals by the end of the financial year Transport Scotland can direct ScotRail to use the fund to make improvements as TS direct.

All business areas within ScotRail should be advised of the fund and proposals sought from those areas where the fund could be utilised to directly or indirectly improve qualitative aspects which would provide a better service or facility for passengers at stations or on-train.

The fund should not however be utilised to fund repairs or replace facilities which would normally be repaired or replaced within normal maintenance processes. However proposals could include part or proportional funding for wider scoped projects for improving the quality of, or replace time expired assets and facilities.

The fund should not be used to directly affect/reduce SQUIRE penalties.

Each proposal should be considered on its own merits by the panel.

The panel will consist of:

The panel will meet quarterly to consider and recommend projects to progress.

Each project will be presented to Transport Scotland Head of Rail Franchise and Rail Director to be agreed and signed off.

Transport Scotland and ScotRail would nominate representatives to report on and monitor the progress of individual projects. These would be the most appropriate individuals dependant on type of project and relevant area.

All proposals submitted to Transport Scotland should include a cost to deliver each project on a fixed price basis.

If the fund is not spent each financial year and the remaining funds are carried over, January RPI will be applied to the remaining balance.

Examples of projects funded through the SQUIRE Investment Fund 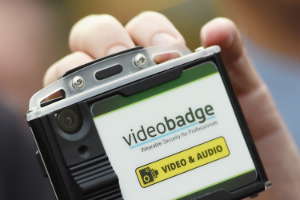 250 body cameras and associated infrastructure for use by on-train staff. This initiative has been fully endorsed by ScotRail, Transport Scotland, RMT and BTP after a successful trial which seen a reduction in both physical and verbal abuse of staff. 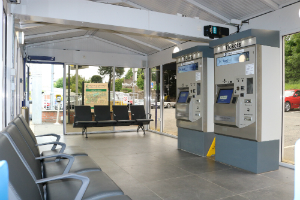 Installation of Customer Information Screens throughout the ScotRail network to replace and enhance the existing facilities and introduce new facilities at stations which previously did not have Information screens.

Renewal of Help Point facilities throughout the network.

Use of the fund to support of the Fares initiative announced by Minister in December 2016.

This proposal has been signed off by ScotRail commercial sub-board. And work commenced to replace 47 shelter roofs being replaced at 31 stations throughout the network.

Installation of Defibrillator equipment throughout network

Recovery and installation of 79 TVMs throughout ScotRail network.

Removal of the galley are to provide an additional 14 seats which allows these trains to be included in full diagrams without attracting penalties for short forming as these trains do not currently meet the seating requirements.

Departure countdown screens – fitted at Glasgow Queen St and Glasgow Central as a pilot which if successful could be expanded to other stations.

Investment in the Far North Line

Effective lost property system that will repatriate at least 50% of lost property – 6400 customers a year on current numbers. Protection of staff and property through an effective audit trail, and reduction of complaints.

Smart enablement of all (or agreed additional) ticket offices to enhance the programme of top 20 stations already delivered.

The SQUIRE regime, the toughest of its kind in the UK, is a fundamental part of our efforts to improve the passenger experience. Any penalties are disappointing, however this highlights the robust and detailed audit methodology employed.

Any penalties accrued are reinvested in the franchise through improvements to the Scottish Rail Network. Examples already delivered include installation of winter working storage units, which will allow for quicker access to necessary equipment to tackle weather related issues such as snow and ice treatment, upgraded waiting areas on the Edinburgh to Glasgow route as well as funding for staff body worn cameras.

New proposals agreed and either in progress or at final planning stages include, replacing lighting at stations on EnG route, Charing Cross and Glasgow Central with energy efficient LED lighting, trial of enhanced CCTV equipment for early warning trespass and the refurbishment of Montrose Station.