The Transport (Scotland) Act was designed to help make Scotland’s transport network cleaner, smarter and more accessible than ever before - aiming to empower local authorities and establish consistent standards in order to tackle current and future challenges, while delivering a more responsive and sustainable transport system for everyone in Scotland.

The Act took forward a number of Scottish Government commitments from its 2017-18 Programme for Government.

The Scottish Parliament voted to pass the Transport (Scotland) Bill on 10 October 2019. 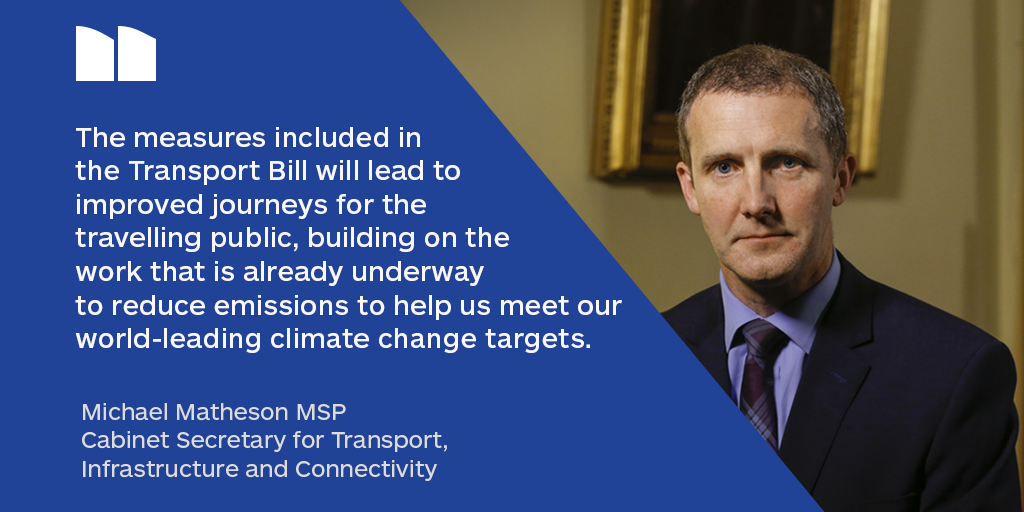 The Transport Bill reflected a period of significant public consultation and engagement and brought together a series of measures to improve different aspects of Scottish transport.

Select a topic to learn more about the approach to: