Construction is underway on over 100 miles of the first phase of HS2 1 between London and Birmingham, including 4 new stations at London Euston, London Old Oak Common, Birmingham Interchange and Birmingham Curzen Street, with completion expected between 2028 and 2030. 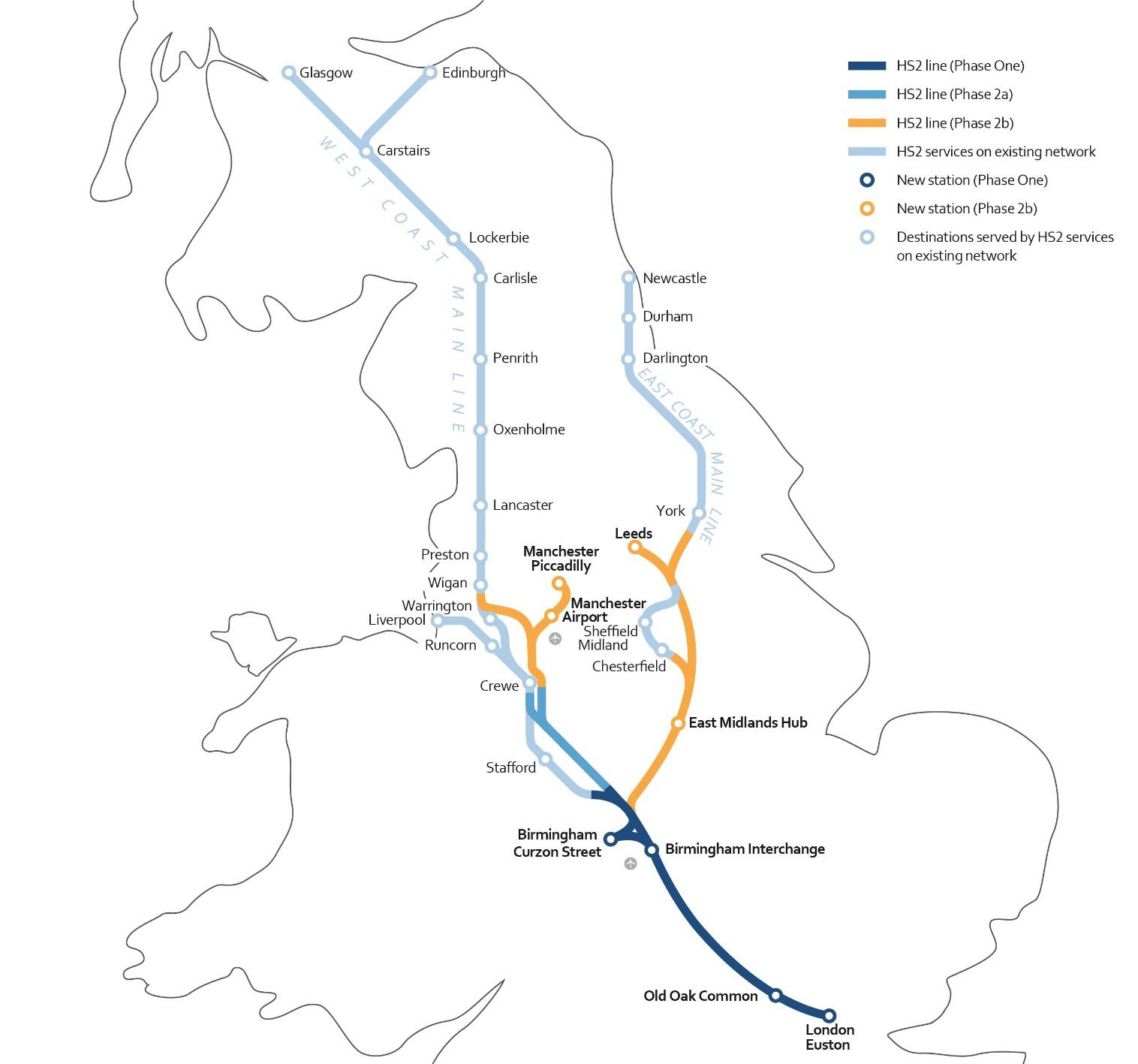 When it opens for service, HS2 will release a large amount of capacity on the southern parts of both the existing west and east coast main lines, as the long distance passenger demand will transfer to the new high speed lines.  The decrease in the number of long distance passenger trains using the existing lines will free up significant capacity that can be used for new local and regional train services, benefiting local communities. 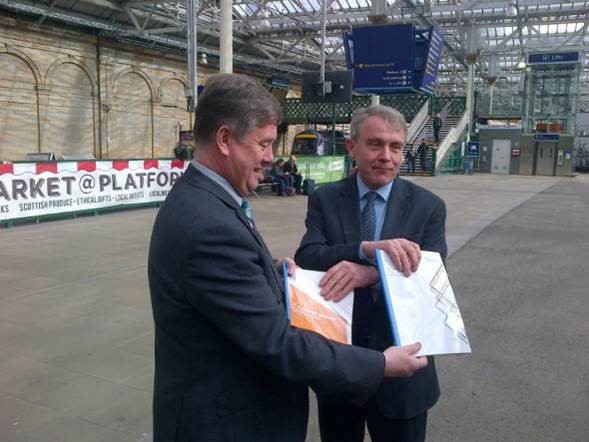 On 21 March 2016, Keith Brown, the then Cabinet Secretary for Infrastructure Investment and Cities made a joint commitment with Robert Goodwill, the UK Minister for Transport.

The Department for Transport, Transport Scotland and Network Rail would undertake work between then and the end of the control period in 2019 to identify infrastructure options with strong business cases that could:

The North of HS2 to Scotland Working Group (comprising of representatives from the DfT, Transport Scotland, HS2 Ltd and Network Rail), was formed to deliver this commitment.

The Department for Transport, on behalf of the Working Group, commissioned Network Rail to compile a short-list of the better performing infrastructure options that merited further in-depth study. The shortlist was compiled from around 200 options that had been identified from previous studies undertaken by Transport Scotland, HS2 Ltd and Network Rail.

The east coast study confirmed it was technically and environmentally feasible to construct an additional line between the outskirts of Edinburgh and Newcastle. This additional line would free up space on the existing East Coast Main Line which could be used for additional passenger and freight services. 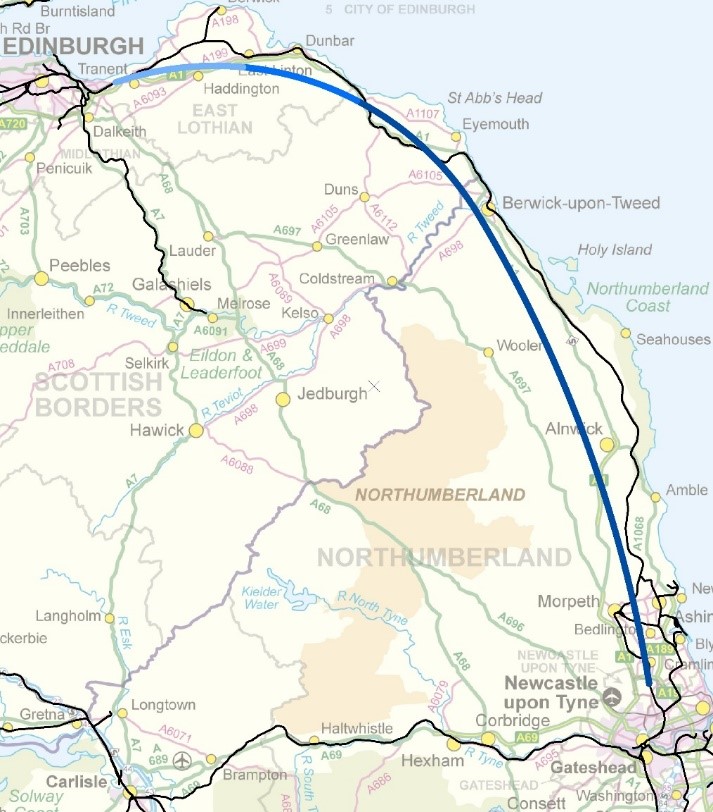 Most passengers travelling between London and Edinburgh choose the east coast route so it is likely that there could also be greater demand for high speed rail services using an east coast routing, which would also take pressure off the congested west coast route.

A barrier to extending high speed rail services along the east coast to Edinburgh is platform length in Newcastle Station, as the projected high level of passenger demand would require the service to be operated by 400m long trains. 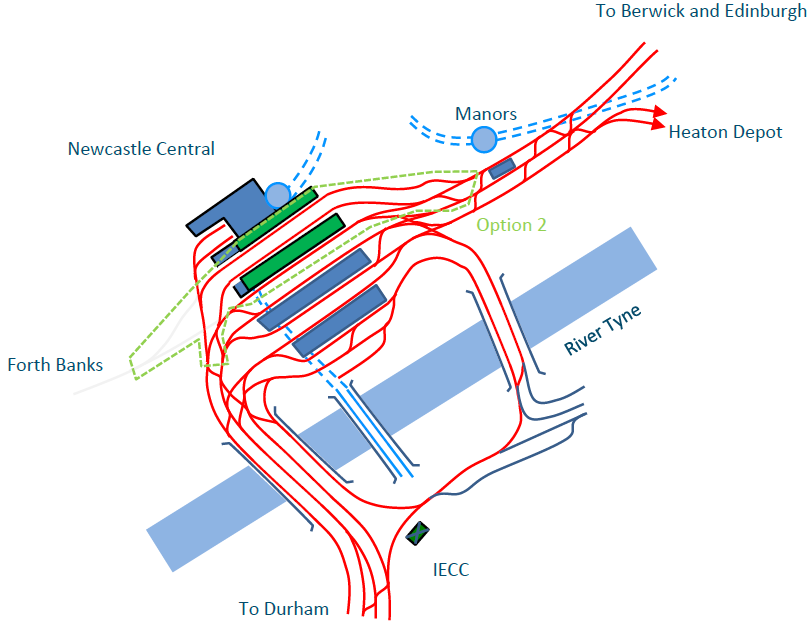 To overcome this barrier, on behalf of the Working Group, we commissioned Network Rail to identify cost effective options for extending two or more platforms  to accommodate 400m long trains that could be accessed from a new and/or extended footbridge.

The study confirmed that the option to join bay platforms 9 & 10 with bay platforms 1 & 0 to create two through platforms (illustrated in green on the adjacent diagram), accessed from a new and extended footbridge, could be implemented at less than 20% of the perceived cost of an alternative underground concourse. This option would improve both the operation and the accessibility of the station.

Our west coast study confirmed that it was technically and environmentally feasible to construct an additional line between either Abington or Carstairs and Rutherglen, illustrated by the purple and pink lines respectively in the adjacent map. 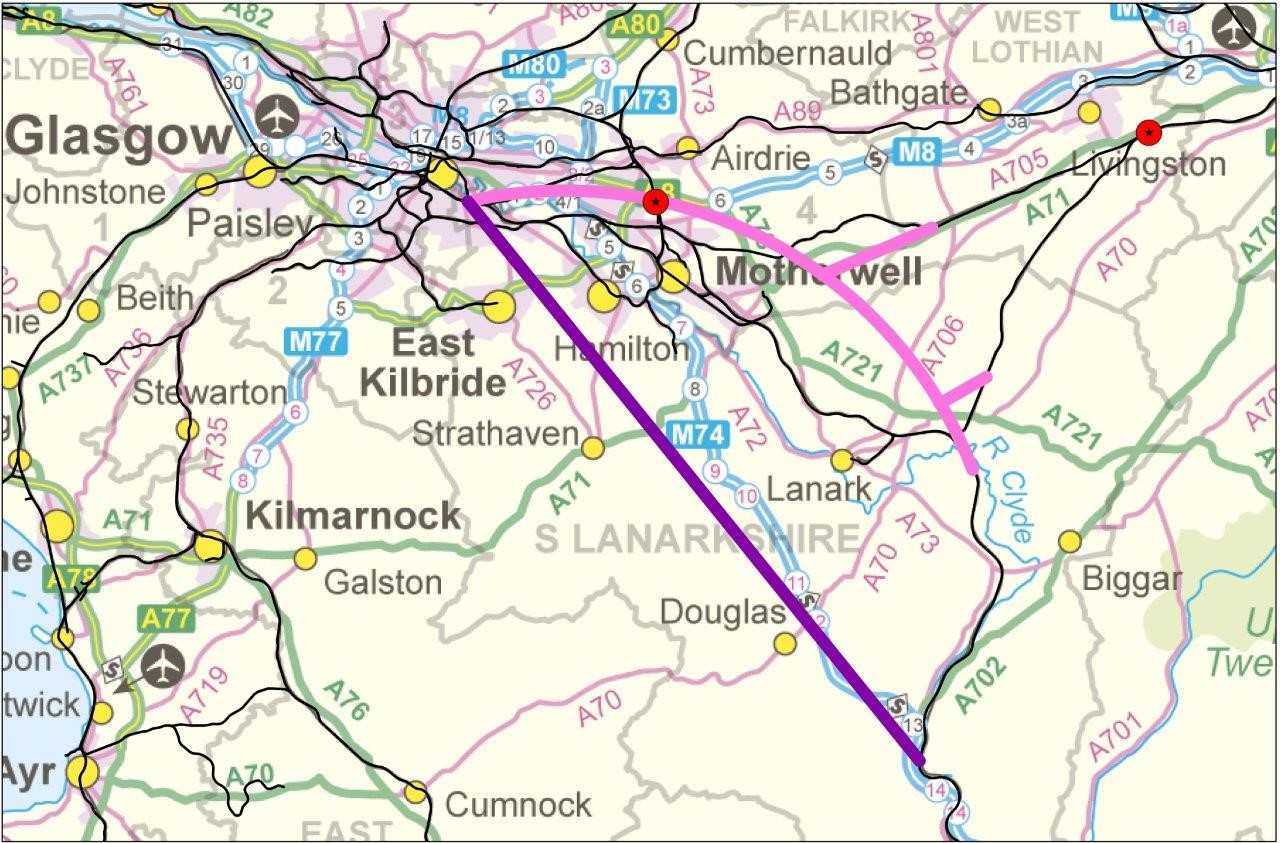 Vector representation of West Coast option from Abington to Carstairs or Rutherglen
(not actual route).

The route option via Carstairs, illustrated by the pink line in the adjacent map, has intermediate connections with the existing rail network. This could allow a 90 minute journey time between Glasgow and Newcastle over both the west and east coast options. in addition to a 5½ minute journey time reduction between Carlisle and Edinburgh. 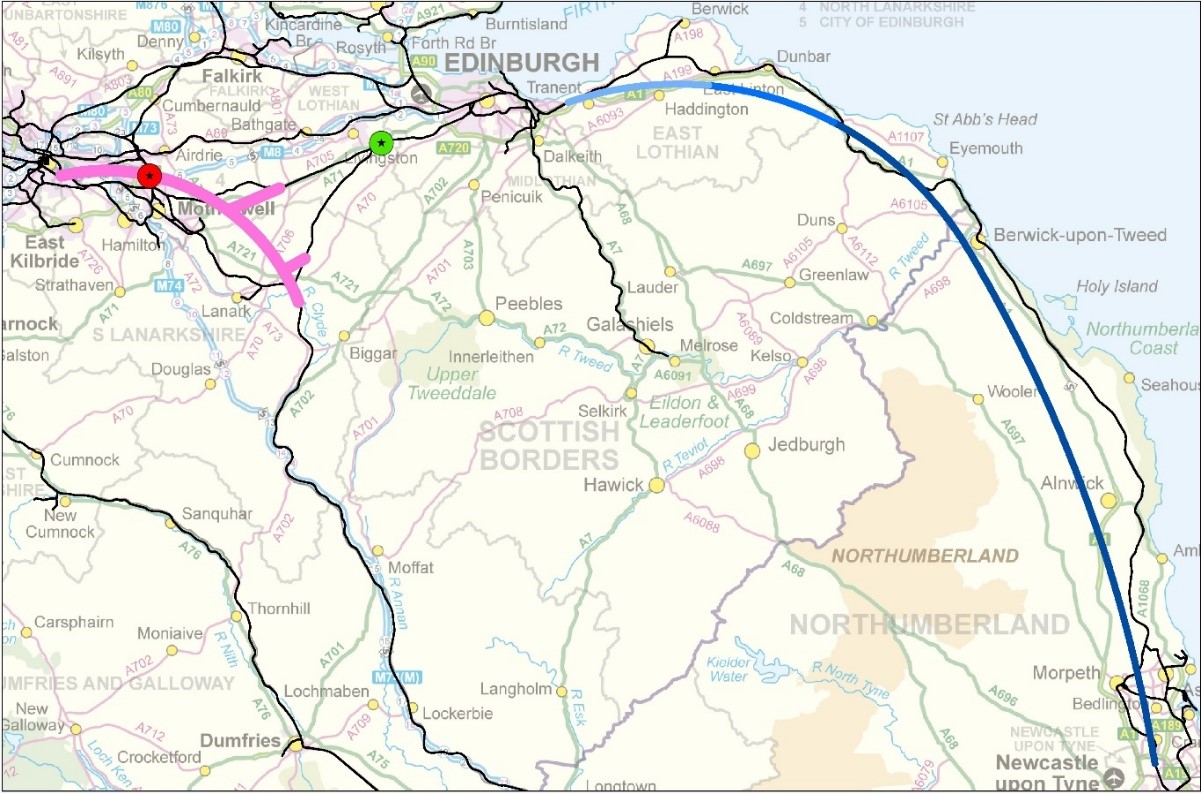 Vector representation of option via Carstairs
(not actual route).

Potential new stations on the new high speed line within the Eurocentral business park and on the existing rail network near Livingston, illustrated by the red and green circles respectively in the adjacent map, are being considered, as is a potential new station in East Lothian.

The output from these Feasibility Studies will be used to inform a Business Case which will be presented to UK and Scottish Government Ministers with recommendations for their consideration in the light of the joint commitment they made in March 2016. Work on the Business Case has however been paused.

The High Speed Rail Scotland Stakeholder Group (initially known as the Scottish Partnership Group) was formed in 2011 to develop and promote Scotland's case for inclusion in a UK-wide, high speed rail network.

The group brings together representatives from Scotland's communities, businesses, councils and regional transport partnerships, who bring local knowledge and expertise to the project. The Group ensures Scotland speaks with one voice in support of high speed rail.