This publication is also available in visual form:

Information in this report is based on Key Reported Road Casualties, Transport Scotland’s annual National Statistics publication on injury road accidents in Scotland.

These statistics are based on information Police Scotland collect for all road accidents where someone has been injured. Accidents in which there are no injuries, or accidents not reported to the police are therefore not included in these figures.

A casualty is someone who was injured or killed in an accident. Depending on the severity of the injury, Police Scotland classifies the casualty as killed, seriously injured or slightly injured.

These statistics are provisional; final statistics will be published in October.

The statistics in the publication are used by Transport Scotland, Police Scotland, Local Authorities and road safety professionals to target interventions to make Scotland’s roads safer.

The large decrease of casualties in 2020 is likely to be related to lower levels of traffic during the coronavirus pandemic.

The Department for Transport (DfT) estimate that motor traffic volume dropped by 23% in Scotland in 2020 compared with Department for the previous year.

The number of casualties recorded in 2020 is the lowest since annual records began in 1950. 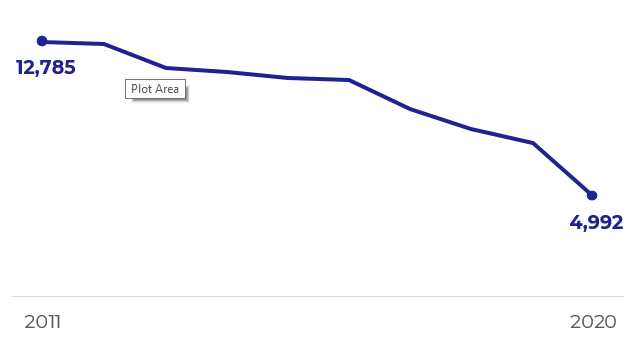 Proportion of casualties by severity, 2020 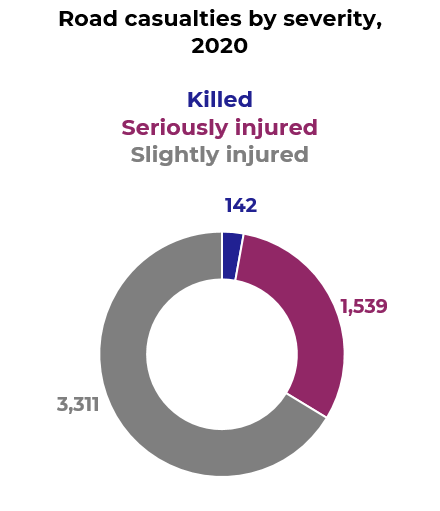 This latest drop follows on from a long-term downward trend. Since 2000, the number of people killed decreased by 56%, and in the last decade the number decreased by 32%.

The number of people killed in 2020 is the lowest since annual records began in 1950. 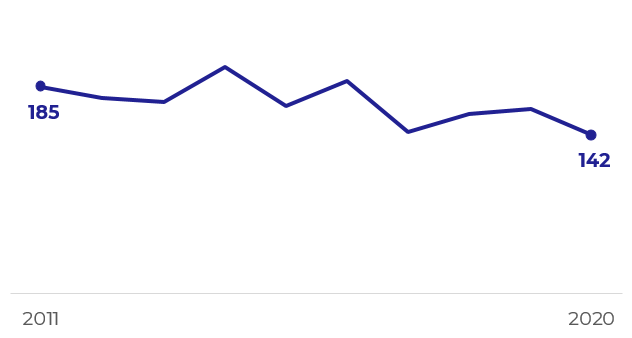 Compared to last year, the total reported casualties decreased across all modes except pedal cyclists which increased by 2%.

These changes may be partly due to the effects of the pandemic on travel patterns; cycling levels increased whereas most other modes saw a decrease.

Compared to 2019, the number of people killed decreased across all personal modes except bicycle, which saw an increase (from 10 to 11). 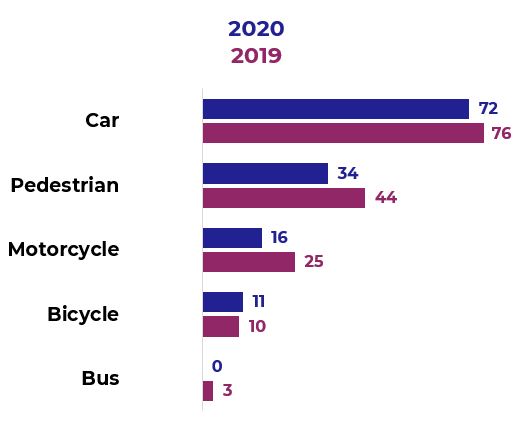 Scotland’s 2009 Road Safety Framework sets out the vision for road safety in Scotland. It includes specific casualty reduction targets to be achieved by 2020.

Provisionally, all 5 targets have been met. Prior to the casualty reductions seen in 2020, Scotland was not on track to meet the two targets relating to serious injuries.

Note: Please note that due to changes in severity recording, the number of seriously and slightly injured people cannot be directly compared to those reported in previous years. Progress against these targets has been calculated on the basis of adjusted figures provided by the Department for Transport.

Reported Road Casualties Scotland presents the final annual figures for road casualties reported to the police in Scotland. This publication also provides detailed statistics and analysis on the circumstances of road casualties. It is usually published in October.